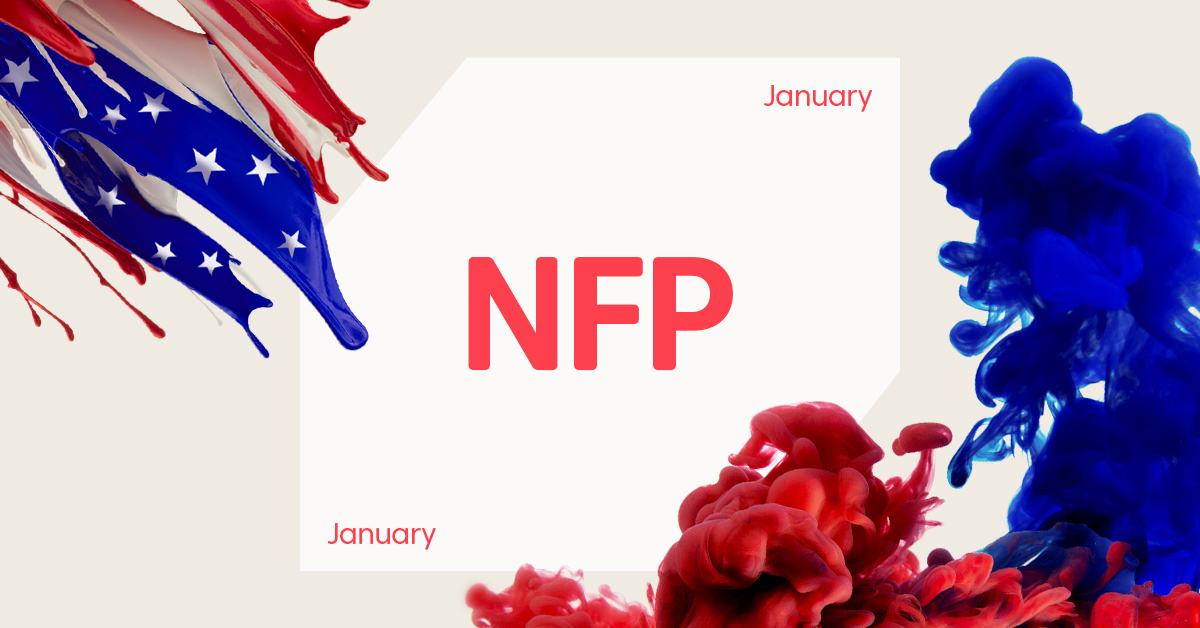 Before we consider the expectations for the impending jobs data release, let’s look at some of the leading indicators from this week. While we can’t predict the NFP number based on this data, they can give us a rough idea on what to expect:

The numbers above were fairly strong – especially with the ADP exceeding expectations by far – and are signaling that today´s NFP figure could potentially surprise to the upside.

The leading indicators are hinting at a stronger than expected NFP figure, with a 450-500k print likely.

The U.S. Dollar enjoyed some fresh tailwind this week after the FOMC meeting minutes fueled speculation that the Federal Reserve will hike rates faster than initially anticipated.

A strong NFP would give the Greenback an additional boost. While GBP/USD is closer to overbought territory and appears to have into strong resistance ahead of the 1.36 level, bets on further monetary policy tightening by the Bank of England and the UK resisting another lockdown are keeping the Pound supported. Losses might therefore be limited to the 1.3410-30 support area in the near-term.

The case for further Euro weakness is much stronger and the EUR/USD chart is signaling that the recent rally has been nothing more than a bull trap. Traders will be closely watching trendline support from the November low followed by the psychological 1.12 support level. A break below this level could accelerate downside momentum and pave the way for a 1.10 test.

Gold is looking vulnerable too. Omicron concerns are easing, and a better-than-expected jobs release could push the Dollar higher and increase the pressure on the precious metal. The key level to watch is $1751; a break below this key level of support would signal a continuation of the correction towards $1675.

Light economic calendar ahead, but volatility to stay high

Next week´s economic calendar appears to be light. The two most notable events will be the U.S. CPI and retail sales release. Since the Federal Reserve has changed its focus from the jobs data to inflation, the CPI release will particularly attract plenty of attention. The headline figure is expected to arrive at 6.8%, but a 7% figure is not unthinkable.

While this would give the U.S. Dollar a noticeable boost, equity markets could suffer - particularly the tech sector. The USTECH index bounced once again off the 15,610 support level but is still in the danger zone. A break below the psychologically important 15,500 level could trigger further momentum selling and push the index towards 15k.

The sell-off in BTC/USD continues. The cryptocurrency fell below another major support level this week, with $44,133 (the 61.8% Fibonacci of the July-November 2021 rally) now acting as resistance. The key area of support BTC bulls will try to protect now is $39,600-$40,000. The Daily RSI is not signaling oversold conditions yet, which means there’s more room to the downside.