Analysts had forecast for the Reserve Bank of New Zealand (RBNZ) to keep rates on hold today, and that’s exactly what happened. Rates stayed at their record low of 1.75%, but it was the cash rate forecast that gave traders the catalyst to drive the NZ dollar lower.

Last month’s rate announcement opened the door for a rate hike starting as early as 2021. But Governor Adrian Orr gave his dovish outlook, which blindsided traders, ‘Given the weaker global economic outlook and reduced momentum in domestic spending, the more likely direction of our next OCR move is down.’

According to a recent Reuters poll, economists had already removed any expectations of a rate rise in 2019.

Orr continued to suggest, ‘The balance of risks to this outlook has shifted to the downside. The risk of a more pronounced global downturn has increased, and low business sentiment continues to weigh on domestic spending.’

Key technical levels to watch on the New Zealand dollar

As you can see on the 5-minute chart, traders were caught on the wrong side. 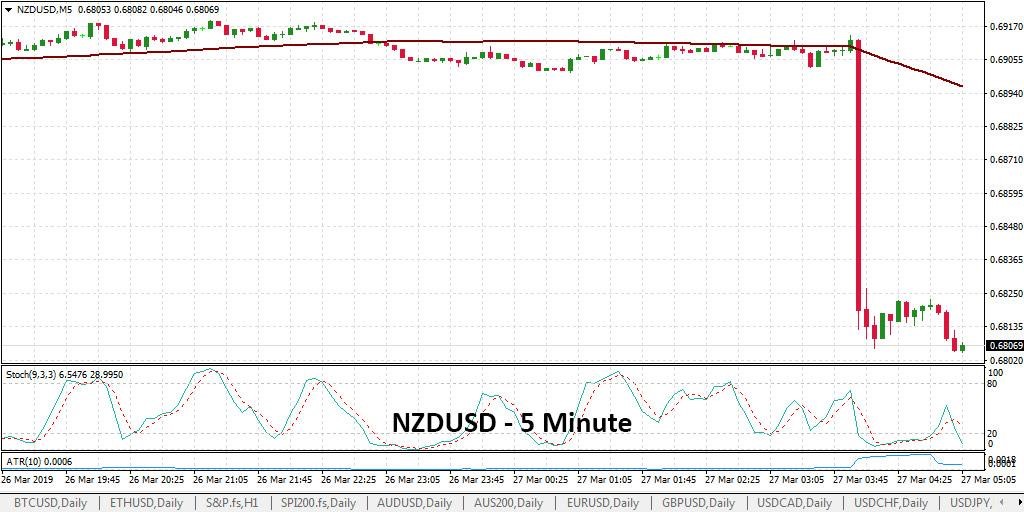 With expectations to leave rates on hold, coupled with two weeks of steady gains, traders seemed to have a bullish bias (see the daily chart below leading up to the fall).

When the announcement hit, along with the forecast for the next move likely to be down, those who were long the NZ dollar would have had to close or reverse their long positions, adding to the velocity of the down move.

On the daily chart, it was clear the NZ dollar had momentum to the upside and was on the cusp of a potential breakout.

But as markets factored in the forecast, traders turned bearish in an instant.

The medium-term trendline sits around 0.6790, and this is the most immediate line of support.

You can see back on the 6th of February, a similar move happened when the New Zealand employment figures were released, moving from 3.9% to 4.3%, which also caught the market by surprise. However, the market managed to settle and within eight trading days, was trading back at the same levels.

Savvy traders will be watching for two key market moves going forward. The first is a continued move lower and a break of key support.

The second move is a reversal off short-term support levels, straight back up to resistance around the 0.69 level. 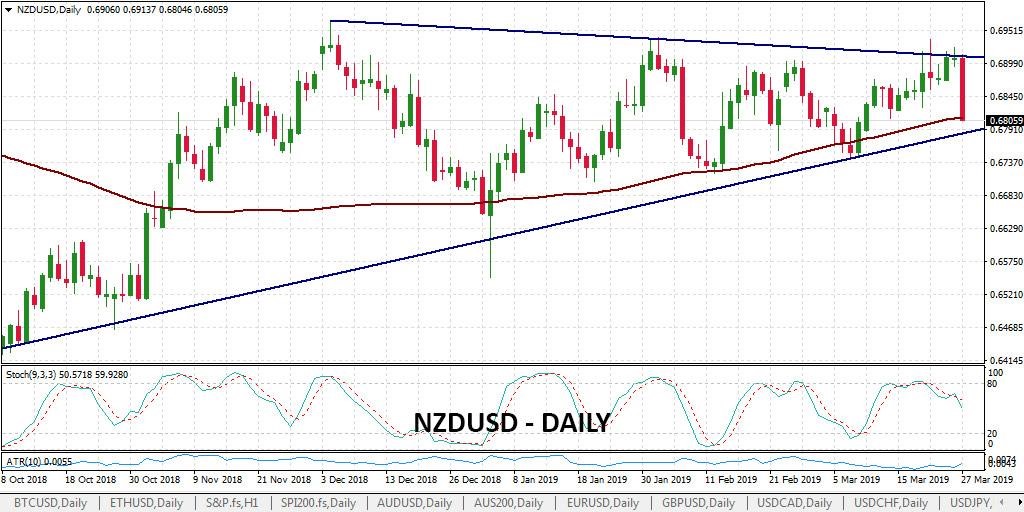