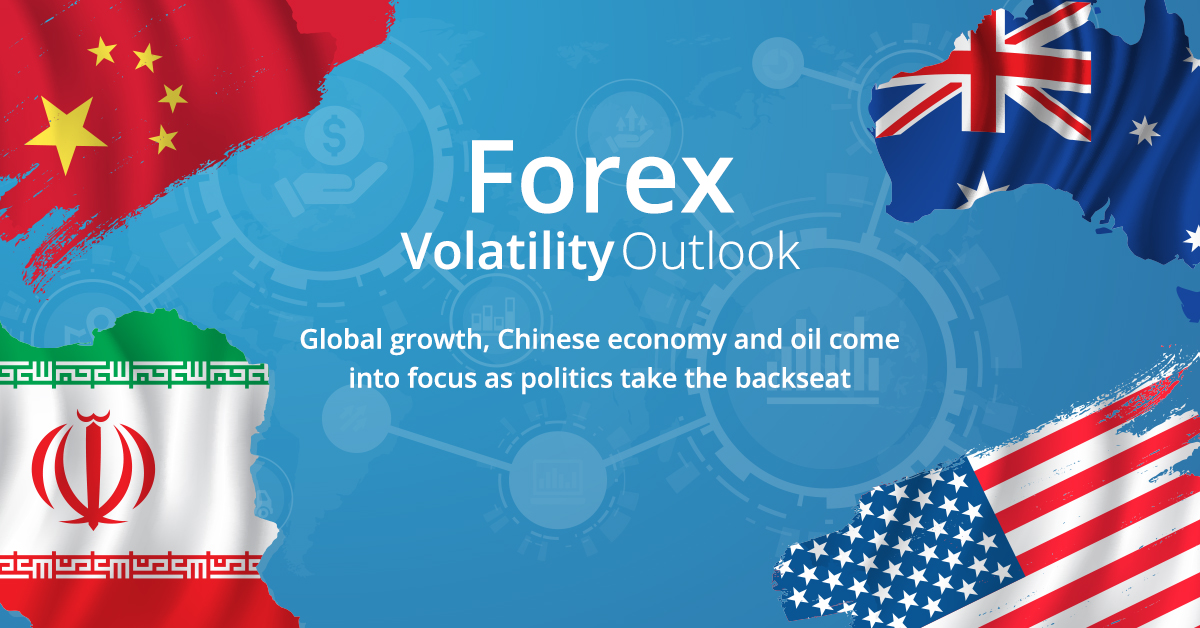 With Brexit out of the limelight albeit temporarily, economic data will come into focus as traders keep an eye on what may move the markets to the next level. In this AxiTrader Monthly Volatility Outlook, we look deeper into what could move the markets this month.

Find out more as you read the insights from the AxiTrader Research and Analysis Team.

The last 6 months have been heavily reliant on the continuation of a selection of key global themes. This has been the main cause in a pretty significant drop off in volume numbers and risk appetite due to the fact that the opportunities presented to traders from basic forms of technical and fundamental analysis have not been easy to follow.

This does not mean that the opportunities are not there however, it just means that we must work a little harder to find them. Last month’s volatility outlook was focused very much on the headline events that have become the normal key risk points (Brexit, US-China and US Non-Farm Payroll).

However, although these stories will still play a part in the coming months, it’s a good time to look into other areas and focus our attention on other opportunities presenting themselves.

Worries about the Chinese economic impact

The Chinese macroeconomic picture has been a dominating force behind market direction, as well as the global news flow. The continued publication of weaker than expected economic data means that many currencies, indices and even single stocks have suffered.

Chinese data will be a key focus for traders this month with a selection of key news prints from the region due during the month. Out of the data, it will be the inflation CPI reading that will grab the headlines, especially after last month’s number saw CPI accelerate to print at 2.3% year on year.

The reading for this month has the added impact of what comes out of the US-China trade discussions. Every economic reading from China has the wranglings between Beijing and Washington as an asterisk to the result. Good readings with the backdrop of further sanctions are diluted, while poor readings are exacerbated.

The overall impact of the trade tensions, or the final endgame are as yet unknown. However, there is a feeling that we could be getting close to the final act in this long drawn out play. US President Trump is keen for a summit with Chinese Premier Xi, with any meeting surely a signal that a deal is on the table. Whatever the next steps, any headlines like ever will cause the global market to hold its breath as this saga remains the biggest risk to financial market stability.

The picture in Australia has been one that has seen a continued stream of bad press and poor economic readings, many of which have been provided by the housing market. With the Reserve Bank of Australia (RBA) meeting in the second week of May, it means the pressure is mounting on the central bank to act to help households. Housing and inflation remain the two biggest issues for an economy that is also struggling to cope with the Chinese economic woes.

Recent pressure on the Australian economy has all led to calls for a rate cut by the RBA. Probability for the next meeting on 07/05/2019 is at 44% for a cut in rates, a reading that rises dramatically to 62% for the June meeting.

Citi Bank have reported that helicopter money in the form of cash payments to households would stimulate the economy and solve the RBA's inflation problem. A drastic form of Quantitative Easing (QE) that would give the RBA the biggest effect given interest rates are already low at 1.5%.

Buying federal bonds from the government, with proceeds being given directly to households. This form of stimulus would be an option instead of slashing interest rates to zero or into negative territory.

Iran, the US and Oil

Donald Trump’s decision to end exemptions from sanctions for countries still buying oil from Iran will be a key driver for the oil price in the next few weeks, which makes oil inventory data and oil related headlines of key importance to global markets. This has a knock-on effect to commodity dependent currencies, such as CAD, AUD, NZD, while they fight for stability amongst difficult domestic backdrops and the slowdown in China previously mentioned.

The waivers for top Iranian oil importers such as China, India, Turkey, Greece, Italy are set to expire in May after which they could face US sanctions themselves. Some of these nations have taken steps to reduce the amount of imported oil from Iran, while others have reacted angrily, and branded potential tariffs and sanctions from the US as illegal and irrelevant.

Recent history will tell us that these are not just empty threats from the Trump administration. If he does push ahead with tariffs on Iranian oil importers we can expect legal challenges and widespread anger, especially from Turkey if their initial reaction is anything to go by. Turkish officials stated that they would “not accept unilateral sanctions and impositions on the issue of how we will establish relations with our neighbours” and warned that the move “will not serve regional peace and stability.”

US Headline Data for May