Welcome to my daily Markets Musings.

It’s incredible that for the second day in a row markets have ignored a trio of drivers that at almost any other time in my 30 odd years in markets would have seen risk assets come under intense pressure.

That trio included continued pushback from North Korea who again cancelled talks with the South, said it wasn’t sure it would attend the June 12 summit and again implied the notion the DPRK would trade its nukes for economic advancement. The trio also included comments from President Trump berating China and the EU on trade and saying he doubted the US China trade talks would be successful. Rounding out the trio was the continued climb in oil, inflation expectations, and bond rates.

But, nothing to see here folks, move along.

Now of course arguing with the market – the muted moves in stocks and the mild rally in the dollar – is a dumb game unless you have a really long horizon and deep pockets. And it’s not really the function of this section of my note. But, some aspects of jobless claims plumbing news lows since the 60’s and the big surge in the Philly Fed really do suggest the Fed is on track for 3 more hikes this year.

Elsewhere in the equity market world Europe had a cracking day with solid rises of between 0.7% and 1% for the big three indexes in London, Paris and Frankfurt. And that means that despite the mild dip in the US and despite the weakness in our local market last night SPI traders have lifted prices well off the lows of the past 24 hours having marked prices back up to 6,120 – up 11.

On forex markets the US dollar started to fight back strongly once Europe entered the fray yesterday afternoon and the 10 year rate drifted a little higher. It’s at 3.11% this morning with the 2 year bond at 2.57%. But after a lot of tooing and froing – including the Euro trading down toward the previous night’s lows the USD is only marginally better bid in DXY terms (93.49) and EURUSD terms at 1.1794 (-0.11%). It has kicked on against the Yen though with USDJPY up 0.34% to 110.75.

On the commodity bloc the big mover was the Kiwi which gave up all it – ridiculous – post budget gains and now sits at 0.6872, down 0.3%. With oil up a little again the CAD did okay with USDCAD up only 0.1% while the Australian dollar reversed back from yesterday’s Kiwi induced strength and is back at 0.7510 – off just 0.1%. If copper is your guide it might do okay today.

And speaking of copper it’s up 0.6% to $3.077 a pound in what has been a pretty decent day of small gains in the base metals complex. Gold is becalmed and ignored at $1290. In its lack of care for all the geopolitical news and in inflation you can fairly see the complacent smug of sanguinity traders currently seem to have embraced.

Oil is running into overhead resistance and couldn’t kick too far even though the Saudis again signaled no interest in sorting out the supply and demand imbalance.  The conversation between the Indian energy minister and the Saudi oil minister overnight might be important longer term though.  It’s soon going to be time for the Saudis to act.

To the day ahead then and it might be one for an early start to your weekend. There is nothing of note in Australia. Tonight’s German PPI will be of interest to me and a few others. Canadian inflation is out and then we have a few Fed speakers, the Bakers Hughes rig count and the CFTC data. Let’s see if those pesky Euro longs have been squared up yet.

Have a cracking weekend – I’ll be at Q Station in Manly for a Police Bank strategy weekend.

LATE BREAKING: Rumours are floating around now that CHINA WILL offer the US a $200 billion reduction in the trade deficit.

The three charts below are all important in highlighting that, at this juncture, rates seem to be heading higher which is likely to continue to pressure emerging markets, currencies, and at some point stocks. 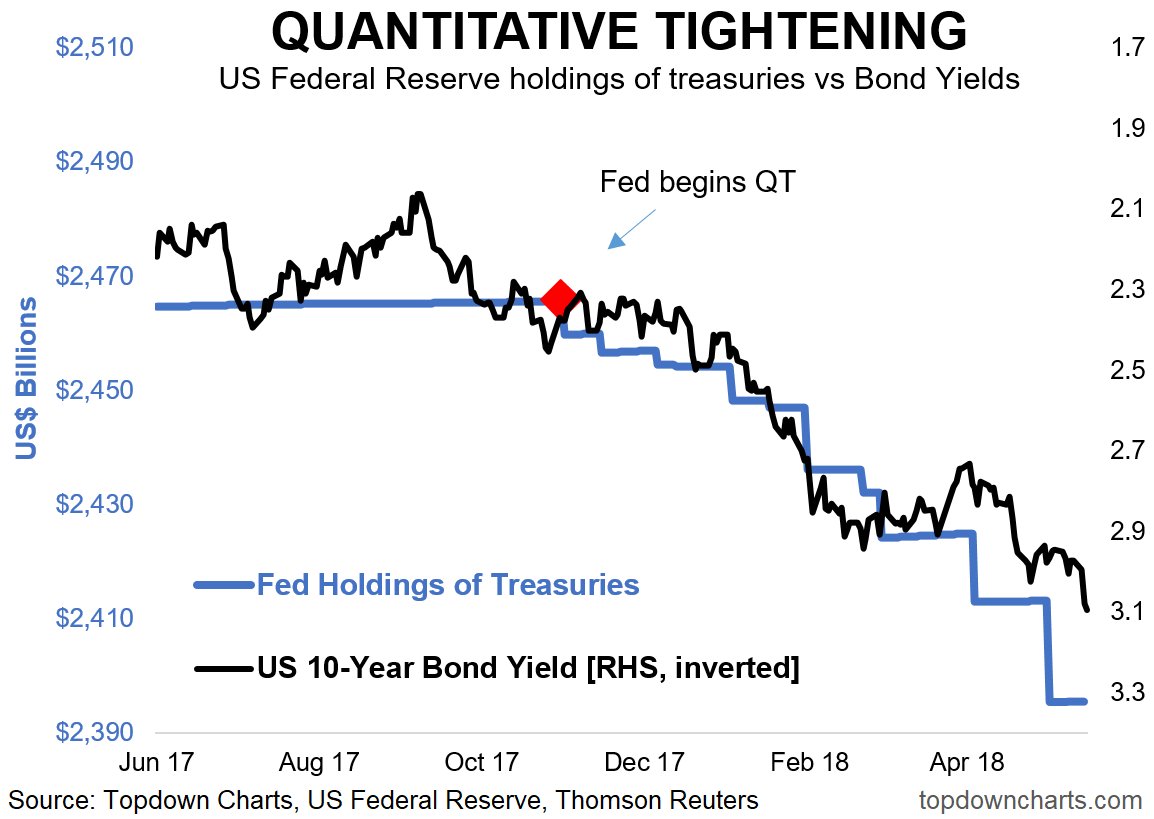 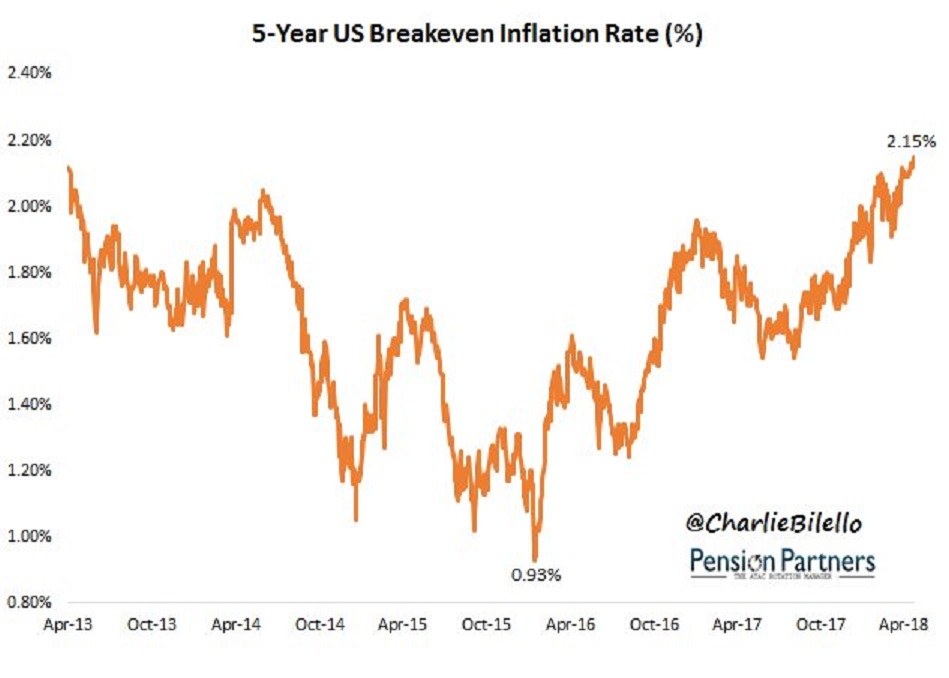 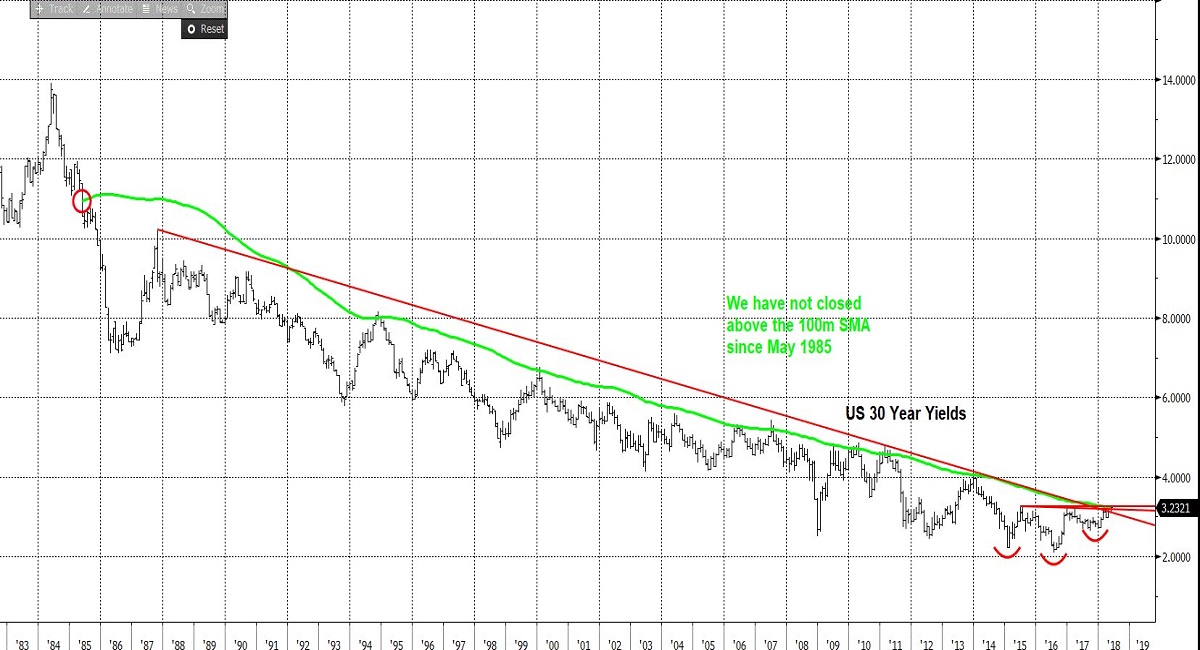 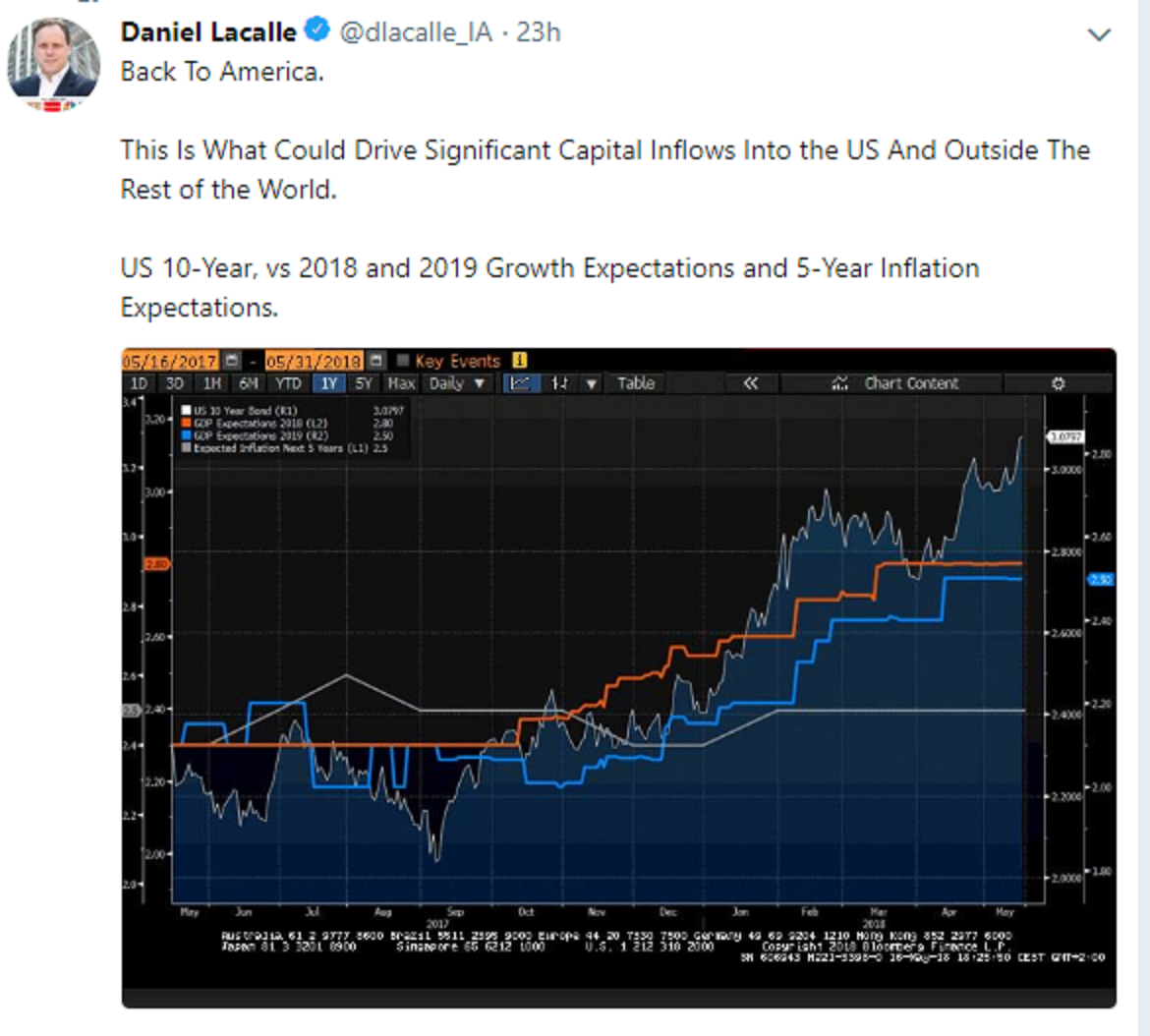 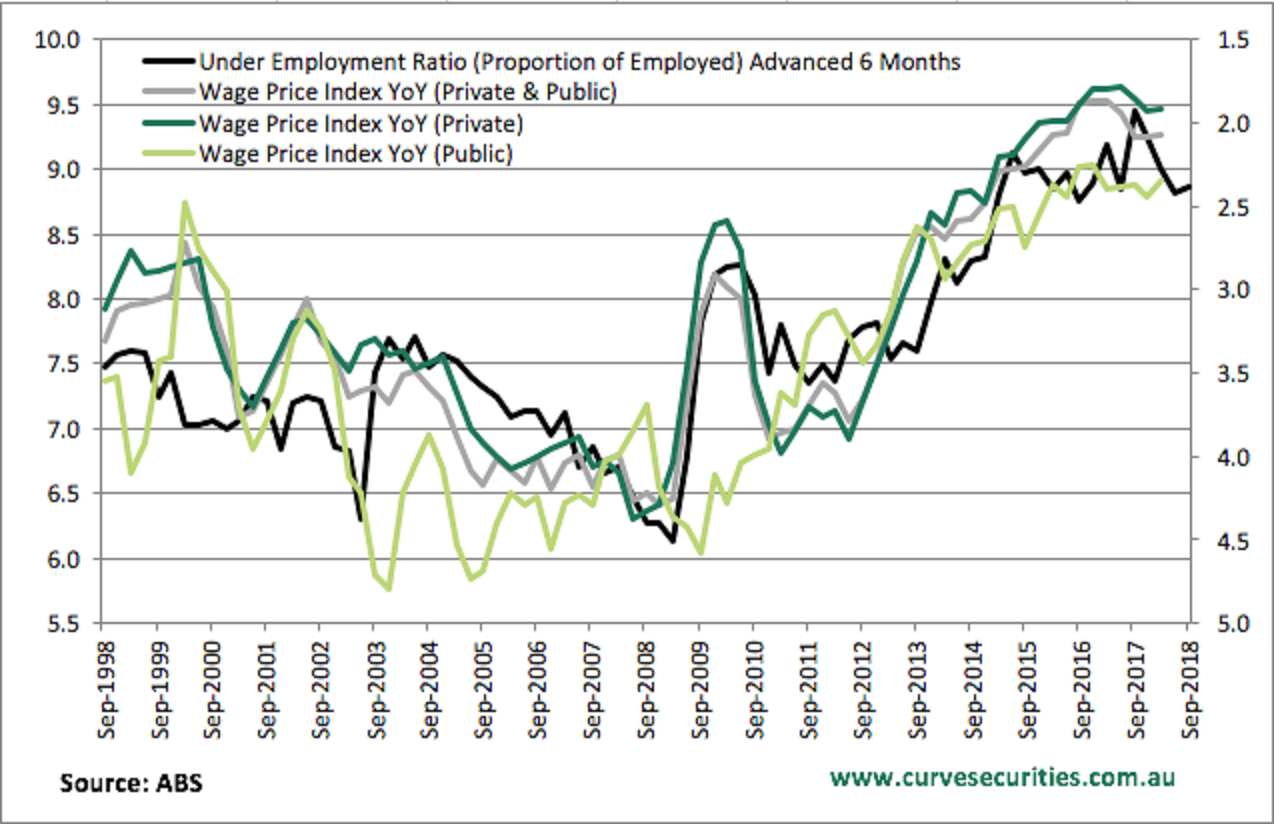 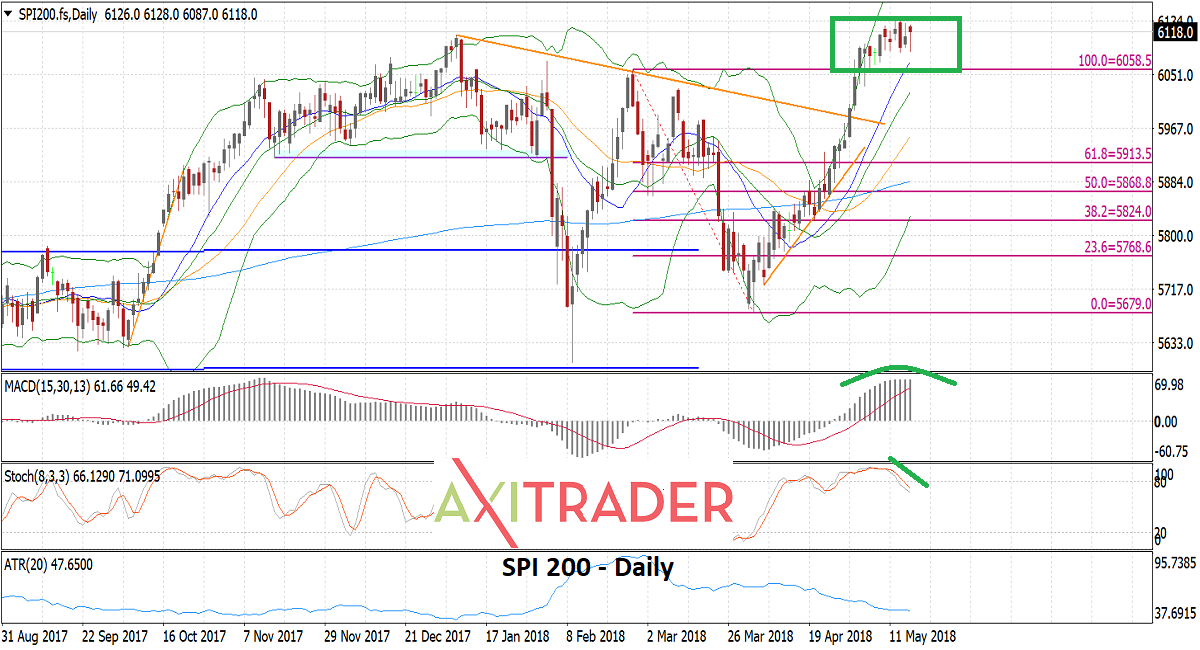 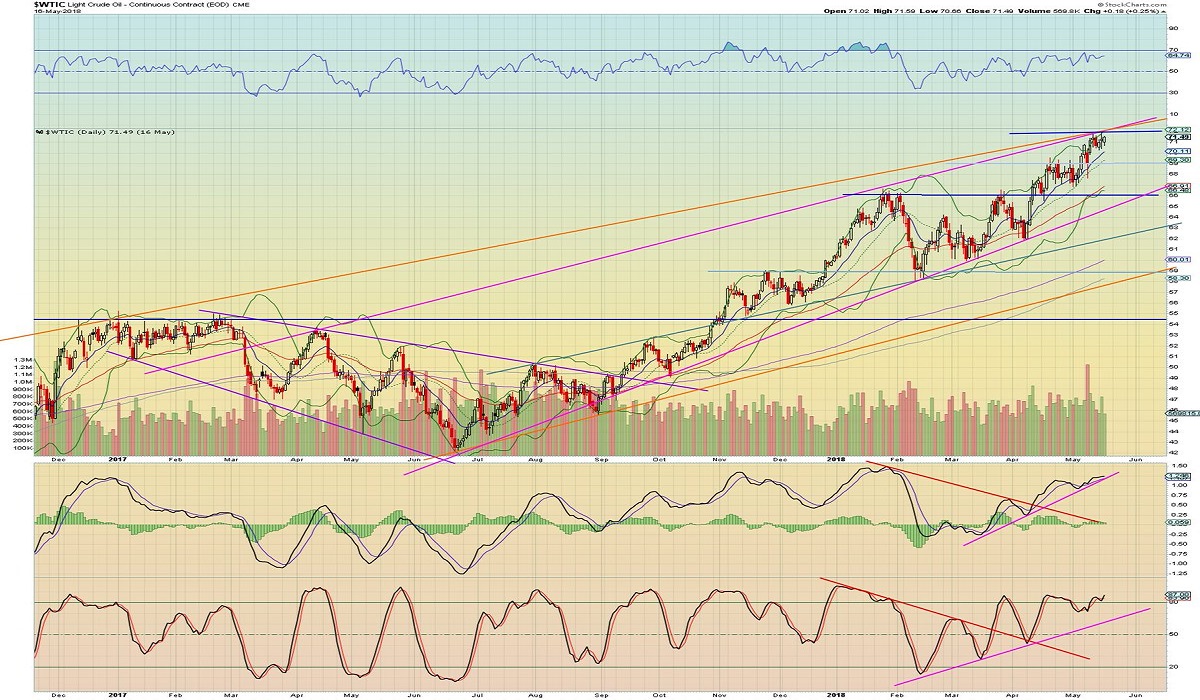