There was certainly no shortage of action on the market today, with risk-assets on the back foot as the optimism from earlier in the week fell by the wayside. The benchmark US indices were all deeply in the red, with the Dow index down over 600 points heading into the last hour of trade.

There were several things troubling the market today, not least of which was the sight of an inverted yield-curve between the US 2-year and 5-year T-Notes, which is situation that generally doesn’t bode well for economic growth down the track. The other major worry was fading hope that US-China trade talks will amount to anything concrete in the near future. Some of this stemmed from Tweets by President Trump which sent mixed signals to the market. On the one hand he was saying he hoped a deal would be done, but then he was also emphasising the tariff side of the equation; 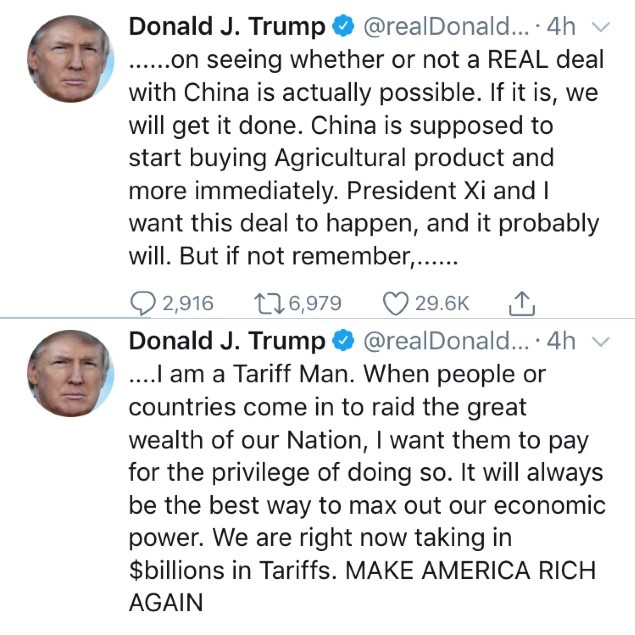 So, with new doubts about just how cordial the trade negotiations will be, traders were in a defensive mode over what may or may not come to fruition when all is said and done between China and the US.

In the currency market, the British Pound traded all over the place as new headlines continue to arise over the seemingly never-ending saga that is Brexit. The GBPUSD rate was initially on the charge as it surged up to 1.2840, but this foray higher didn’t last long as the Cable rate sunk to a new low for the year of 1.2657. As the chart of the intraday activity below shows, a modest recovery attempt has been staged with GBPUSD reclaiming the 1.27 handle. But with a 180-pip trading range today, it remains highly volatile and this looks set to remain the case at least until the UK Parliamentary vote on December 11, and probably even longer. 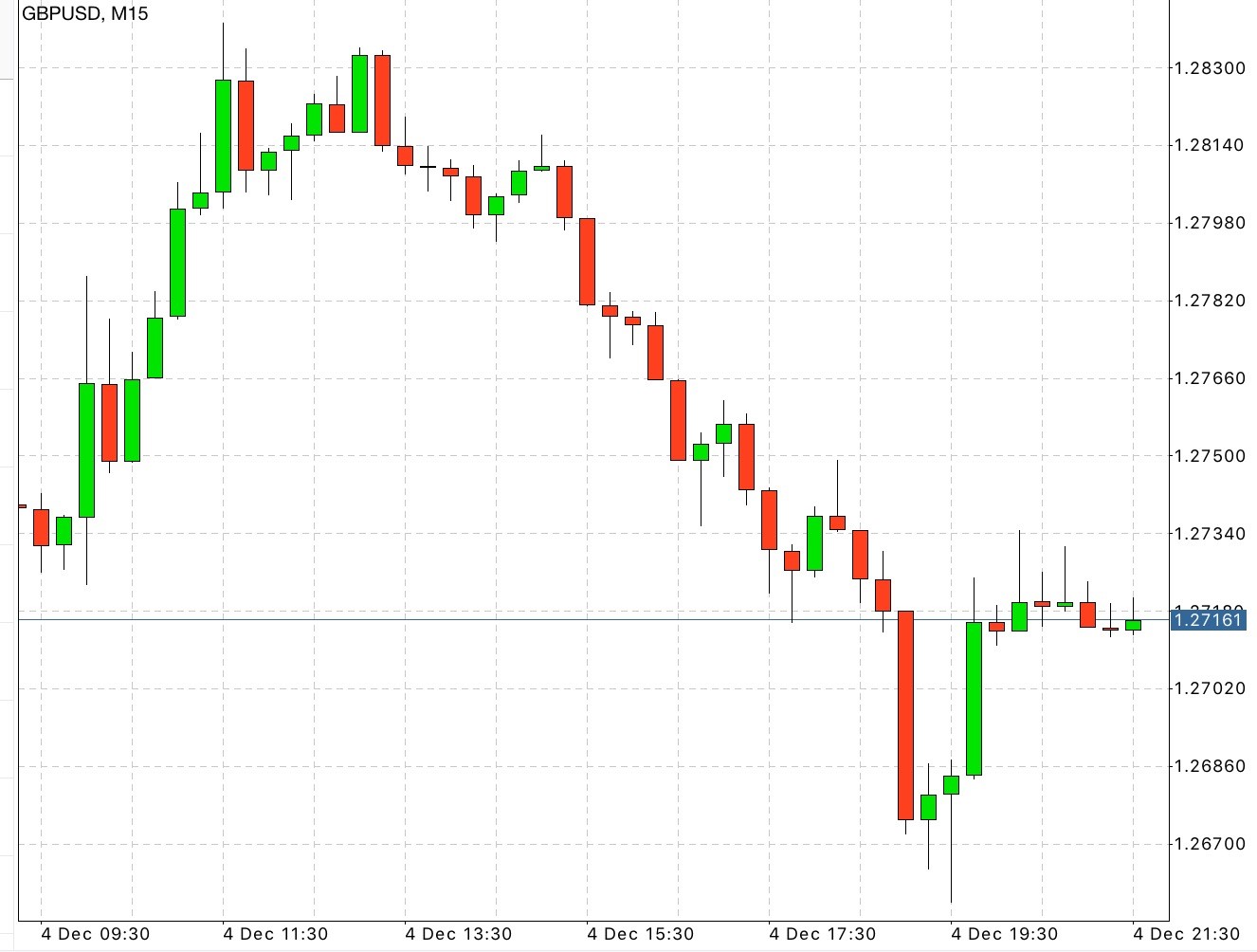 Elsewhere in the FX space, the EURUSD rate was unable to sustain a move past 1.14 as the heavy selling in equities dried up the buying momentum for the single currency.

Meanwhile the AUDUSD rate slipped a quarter of a percent against the USD to 0.7335 due to the lower risk-sentiment across the broader market. All things considered, with US equities down over 2% the Aussie has held up quite well against the Dollar to be sitting around the 0.7330 level. Resistance at the 0.74 level has so far held, with the AUDUSD hitting a session high of 0.7393 before easing back. Any additional attempt at the 0.74 handle may need to wait for a turnaround in market confidence, while upcoming GDP data (today) and Retail Sales (tomorrow) have the potential give the Aussie a boost on any upside surprises.

The sea of red numbers across Wall Street suited the Yen, with safe-haven flows pushing the Japanese currency 0.8% higher against the US Dollar. The Yen also performed well against the Euro, climbing 0.9% on the day. Expect he Yen will remain in favour whilst ever the market remains concentrated on the dual issue of yield curve inversions and China-US trade doubts.

Looking ahead, US Private payroll data is due for release Wednesday as are the ISM non-manufacturing numbers, whilst the all-important Non-Farm Payrolls await on Friday.