The FOMC event was always circled as being this week’s major event risk, and in that regard it certainly delivered

The US Federal Reserve hiked interest rates as expected, though judging by the market reaction it’s fair to say by that investors weren’t exactly jubilant with the news. US stock indices turned from strong gains into negative territory immediately after the announcement.

The US central bank raised interest rates by 25 basis points whilst pointing out that “risks to the economic outlook are roughly balanced”, after indicating that further gradual increases in rates will be consistent with sustained economic expansion. Meanwhile, the Fed Funds rate projection dropped from 3.1% to 2.9% by the end of 2019, implying that we could see one less rate hike next year than the Fed had previously forecast, which is now in line with our own 2019 forecasts of a minimum 2 rate hikes next year.

In his press conference, Fed Chairman Powell was not as dovish as many had expected. In fact, his assessment of the economy could be considered decidedly upbeat when compared to the pessimistic mood and performance of the global markets so far in December. As Powell himself said today, “the economy’s health warrants today’s hike”. But whether investors share his optimism is another matter.

With the Fed on the front foot, the greenback found renewed buying strength which saw the likes of the Euro and Sterling give back gains made earlier in the session. The Euro had rallied earlier on positive news regarding the EU and Italy coming to terms with the Italian budget, and this saw the EURUSD rate move up to the 1.1430 resistance region, but as the chart below shows, the FOMC event sent the rate back below 1.14 and still contained within the current support and resistance band. 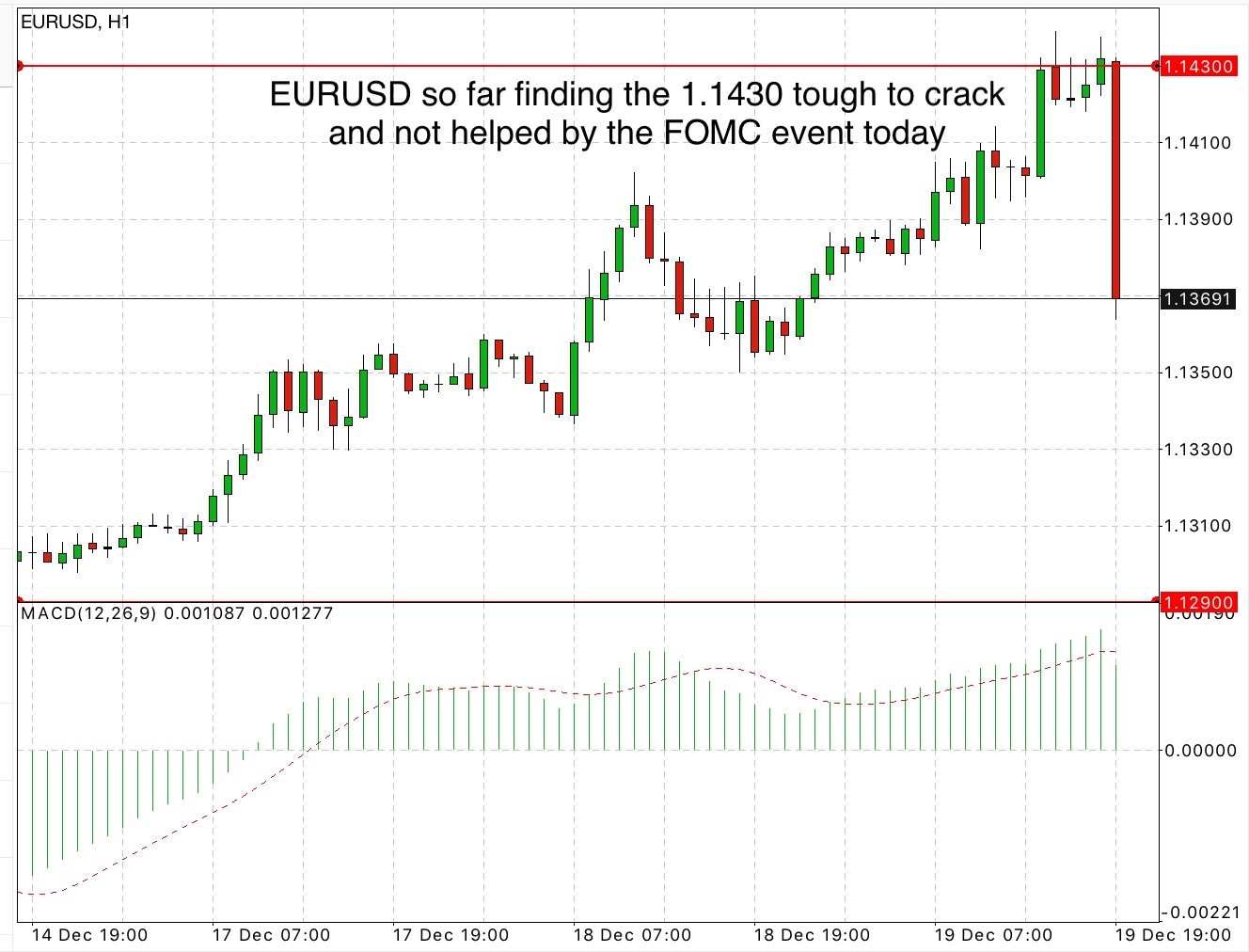 The AUD fell in sympathy with US equities in the wake of the FOMC event. The AUDUSD rate sunk below the US$0.71 as the DJIA index reached a new 2018 low. The chart below illustrates the sharp dive of the AUDUSD rate below the immediate support levels, but we’ll need to wait until the price action settles down a bit to get a clearer technical read. But whether the AUDUSD can get back to pre FOMC announcement levels around 0.7170 will depend upon how long US equities remain in the red. 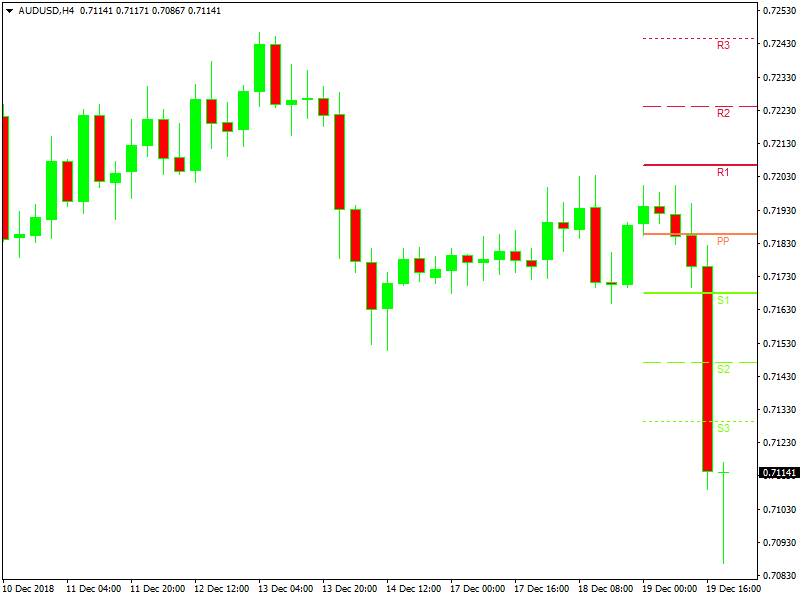 Overall, the rise in rates and the resolute tone by the Fed combined to make it a good day for the US Dollar. The adverse reaction by risk-assets in the wake of the Fed is a clear sign that there remains a disconnect between how the central bank views the outlook for 2019 versus the gloomy view of the broader financial market. How long this apparent disconnect remains in place will determine which direction the markets head from here into both year-end and the start of 2019.