It was a rather subdued day of action on the currency market to start the week, but no breakout performances from the major pairs. Ahead of the upcoming G20 summi,t and a speech on Wednesday from the FOMC Chairman Jerome Powell, currencies traded in a largely rangebound fashion.

The combination of a mildly stronger US Dollar and a decrease in demand for the safe-haven Yen saw the USDJPY rise for the day, with the more optimistic mood on Wall Street lessening the appeal of the Japanese currency. Technically, the USDJPY rate pushed through the 113.25 Fibonacci resistance and the RSI’s are looking positive, which could bring the yearly highs north of 114.50 into play. However, the market overall remains quite skittish and therefore the USJPY rate remains subject to a correction lower should we see a return of the risk-aversion which has plagued markets over the last 8 weeks. 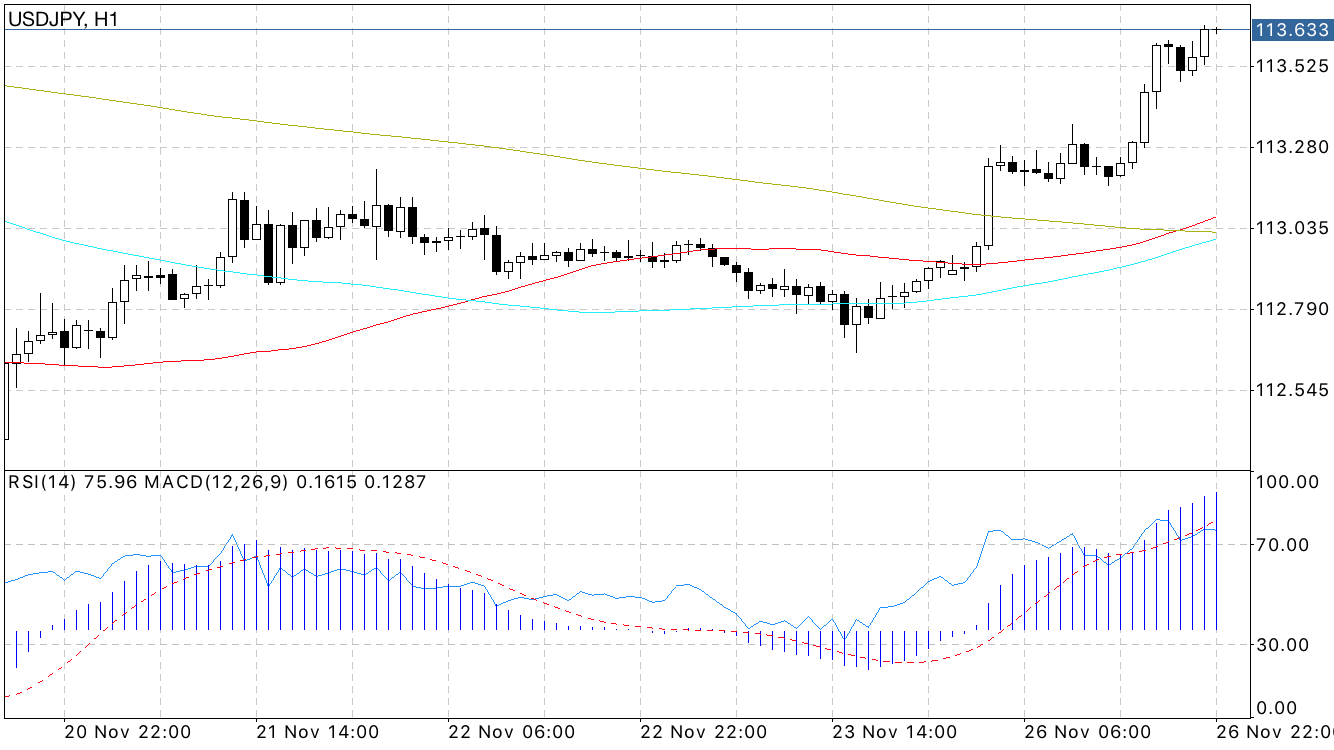 The Yen was lower across the board, with the EURPY and GBPJPY rates gaining around half a percent for the day.

However, the Euro and Sterling struggled to find any real traction against the US Dollar. The GBPUSD rate initially caught a bid tone after the weekend news that the EU had approved the draft Brexit proposal, but the gains were unable to be sustained on the realisation that Theresa May faces an uphill battle to get the deal through the House of Commons successfully. GBPUSD has for the time being held onto the 1.28 handle, but Brexit uncertainty continued to hinder attempts at reclaiming the psychological 1.30 level.

Soft economic numbers recently from the Eurozone (and Germany in particular) are keeping the EURUSD rate in check. German IFO Business Climate data came in below expectations on Monday, which came on the back of the weak PMI’s on Friday. Whilst there were some positive reports that Italy may amend its budget deficit target in accordance with EU wishes, the EURUSD rate was unable to make a push higher amid a well-supported USD. The rate pulled back from its intra-day high of 1.1382 to the 1.1330 level and is trading below its key moving averages. Support sits at 1.13, while the first resistance level is just above the daily highs at 1.1390. 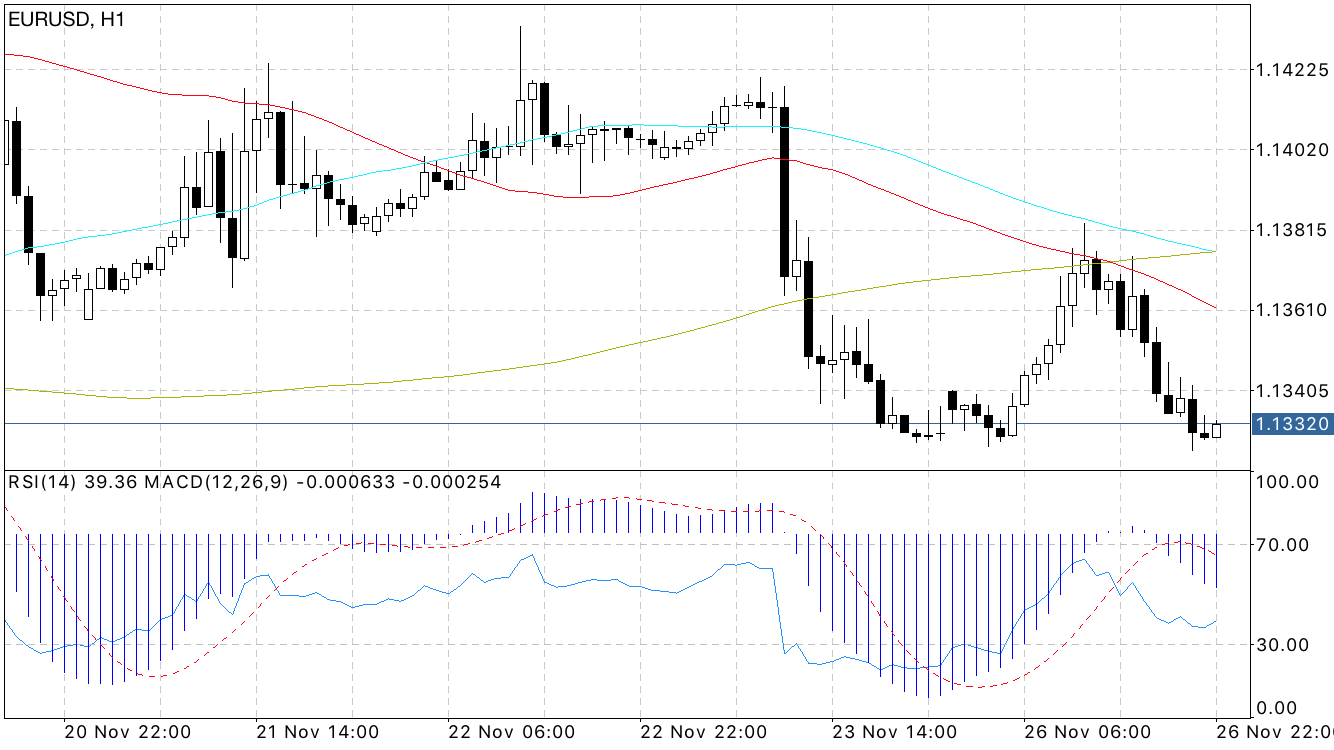 The AUDUSD rate made a move higher towards 0.7280 on the better risk-sentiment on markets, before retreating below 0.7250 on USD strength. Whether the greenback buying will continue for the rest of the week will depend upon what tone the Fed officials strike during their speaking engagements, whilst the upcoming G20 summit will also likely have implications for the currency market depending on what type of progress is made on the current US-China trade standoff.