A rise in market sentiment and a rebound in US equities reduced the appeal of the safe-haven greenback, with the US Dollar generally lower ahead of the US Thanksgiving holiday. However, the moves in FX during the US market hours were mostly of a constrained nature among the likes of the Euro and Sterling, with each of these currencies having their own issues to deal with which limited gains despite the softer US Dollar tone.

In the case of the Sterling, the market seems reluctant to get ahead of itself by going long with any confidence on the GBPUSD rate ahead of upcoming Brexit negotiations. As the chart below illustrates, the Cable rate is still sitting below both its 50 and 100 period moving averages, while the RSI’s are not exactly making a convincing buying argument at this stage of proceedings. From a purely technical standpoint, it’s looking neutral but with a slight bias towards bearishness. But of course, the overriding fundamental story remains Brexit for the foreseeable future. Any moves lower will bring support levels in the low 1.2720’s into the picture, while further out, the yearly low sits at 1.2661. Heading into the close, the GBPUSD rate was marginally lower against the USD. 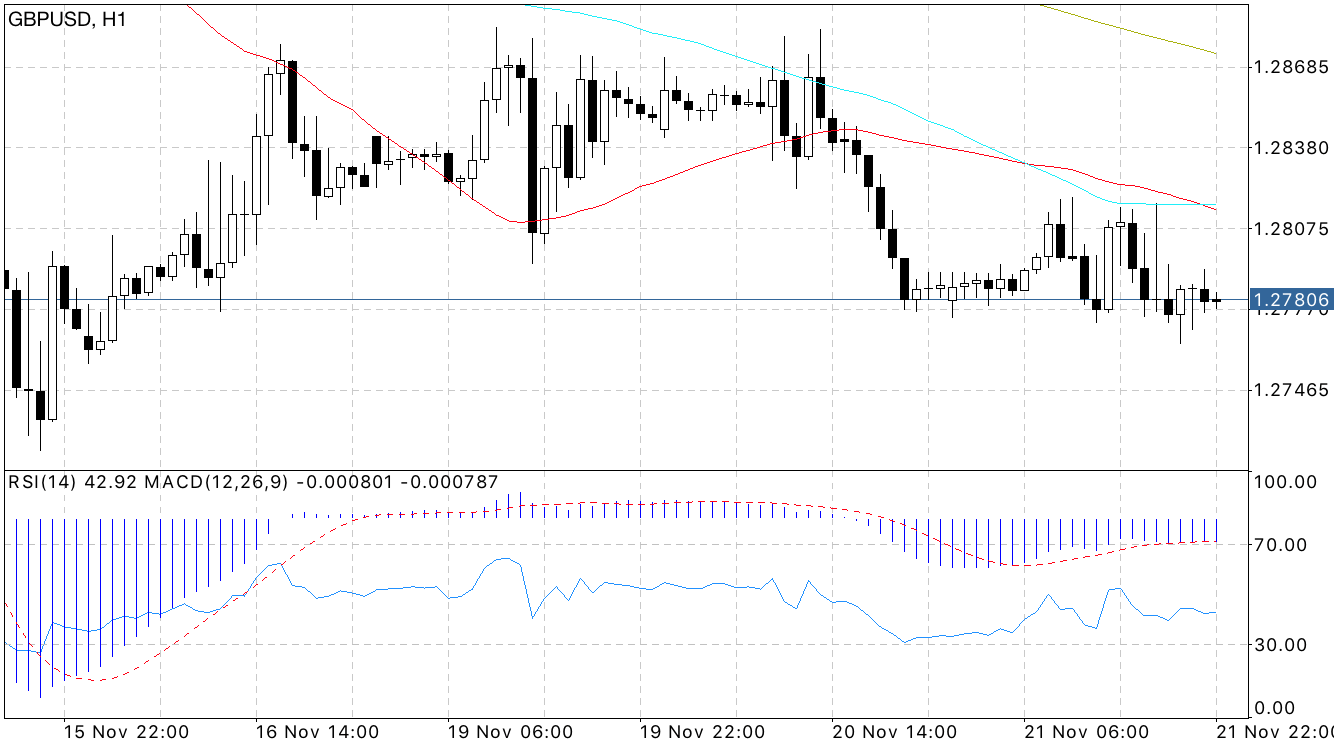 The Euro moved marginally higher against the softer USD, however the single currency remains shy of the 1.14 level with traders still assessing the state of talks between the European Commission and the government in Rome over the Italian budget. With this issue unsettled, Euro buying interest was muted during the New York session with the EURUSD rate not venturing too far outside of the 50 day SMA and 100 day SMA band. If we do see a push higher beyond the 1.14 figure, then a retest of recent highs around 1.1460 awaits, however this poses a significant resistance level ahead of the psychological 1.15 mark. On the low side, support comes into play at 1.1310. 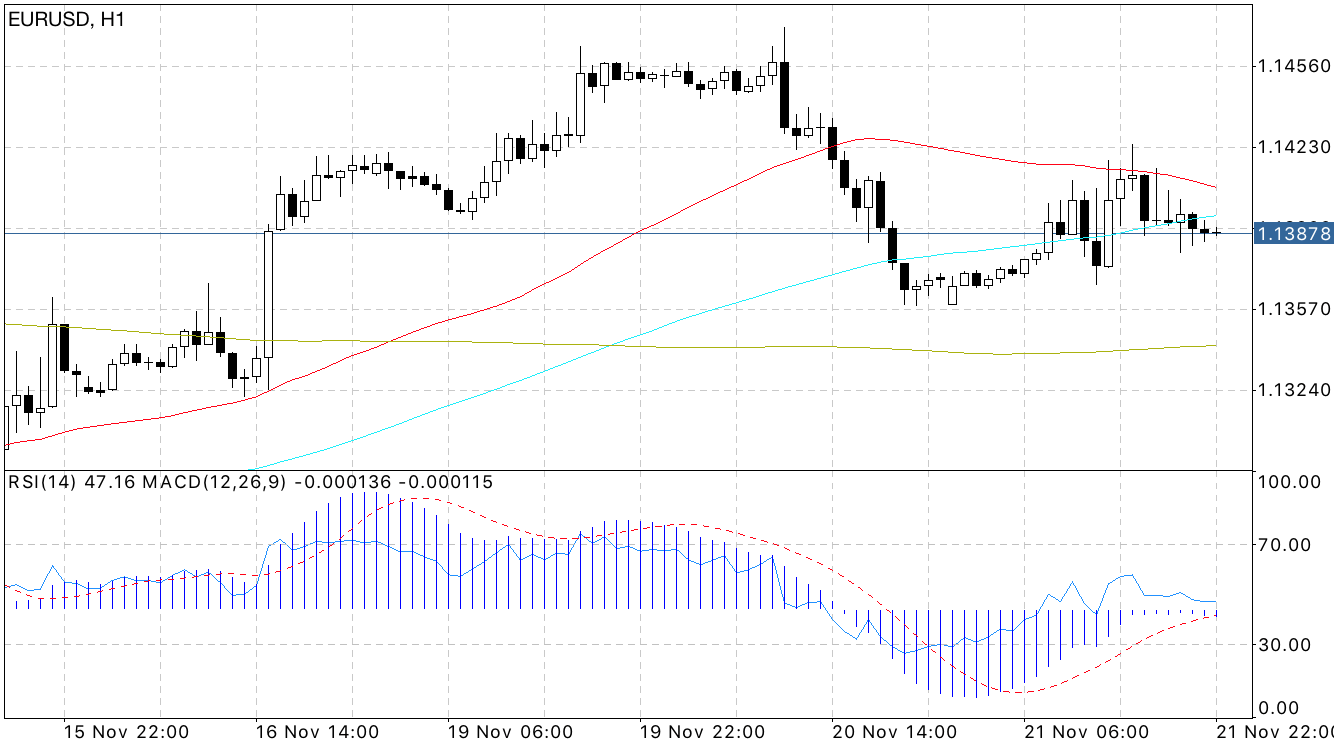 It was a good overnight session for the Aussie Dollar, with the currency making the most of the higher moves in commodity prices as well as on US equities. As a result, the AUD outperformed most of its peers by moving 0.7% higher against the USD and within sight of having another crack at the US$0.73 level should greenback weakness persist. After a run lower earlier in the week on risk-aversion, the technical indicators for the AUD are starting to look constructive, with the RSI on the rise. But how the technical picture plays out for the rest of the week could be influenced by whether today’s positive market tone can be maintained and on how thinner trading conditions as a result of the US holiday impact volatility. 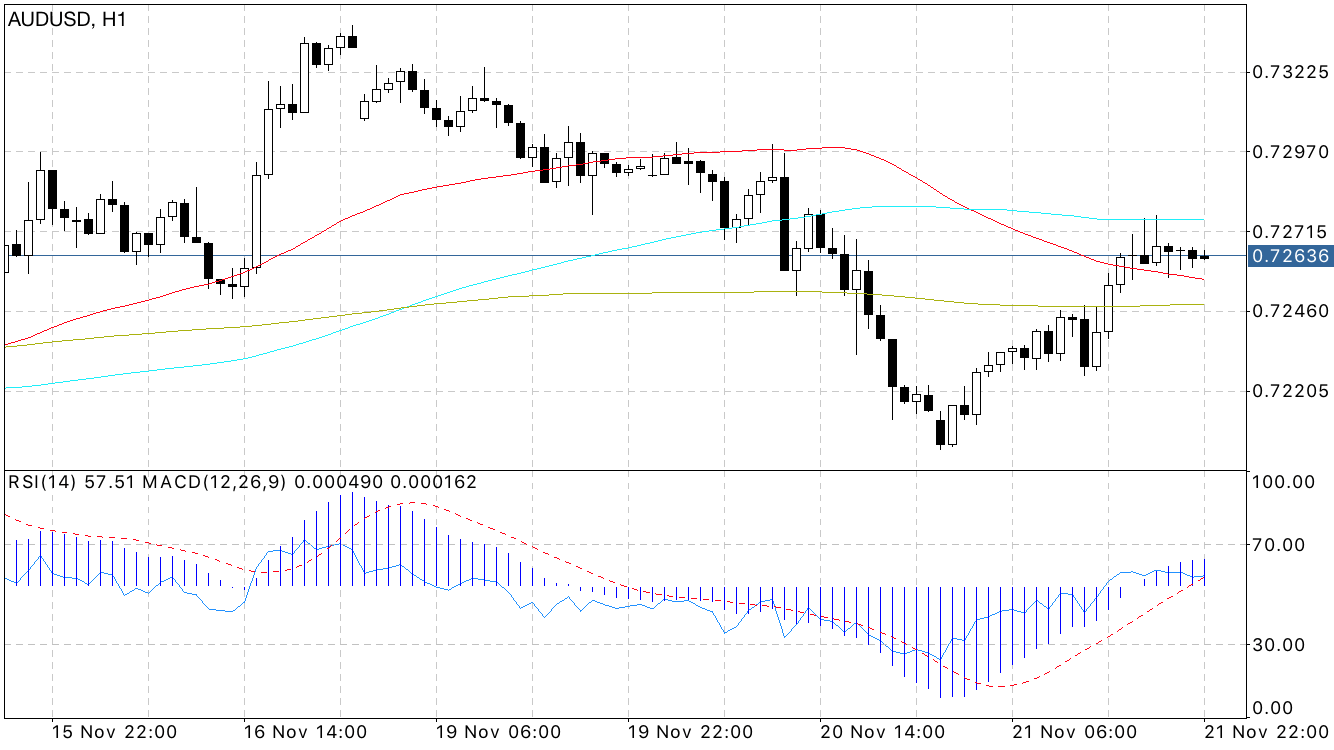 If you are looking to trade the FX market, please visit AxiTrader here for further details or to open a demo account.