We saw a pretty good start to the week for risk-assets in the wake of the US-China trade talks at the G20, with the US Dollar dipping against most of its trading peers as safe-haven demand dried up. The pause on any new imposition of tariffs while negotiations continue was interpreted as a win by the markets, even though the path towards a more tangible and long-standing deal between the world’s two biggest economies remains complicated and uncertain.

A session of green numbers on Wall Street coupled with a rise in commodity prices allowed the Australian Dollar to continue its recent good form. The AUDUSD made an intraday push towards the 0.74 handle before coming up just short in the low 0.7390’s, with the pair pulling back from slightly overbought readings to consolidate in the 0.7350 region. If risk-sentiment across the broader market remains elevated, the AUDUSD rate looks likely to have another attempt at pushing through the 0.74 level. But as the daily chart below shows, a sustained move above 0.74 hasn’t really been on the cards since early August, and whether the AUD can overcome the build-up of resistance in this area in coming days will depend on how long the USD remains subdued. 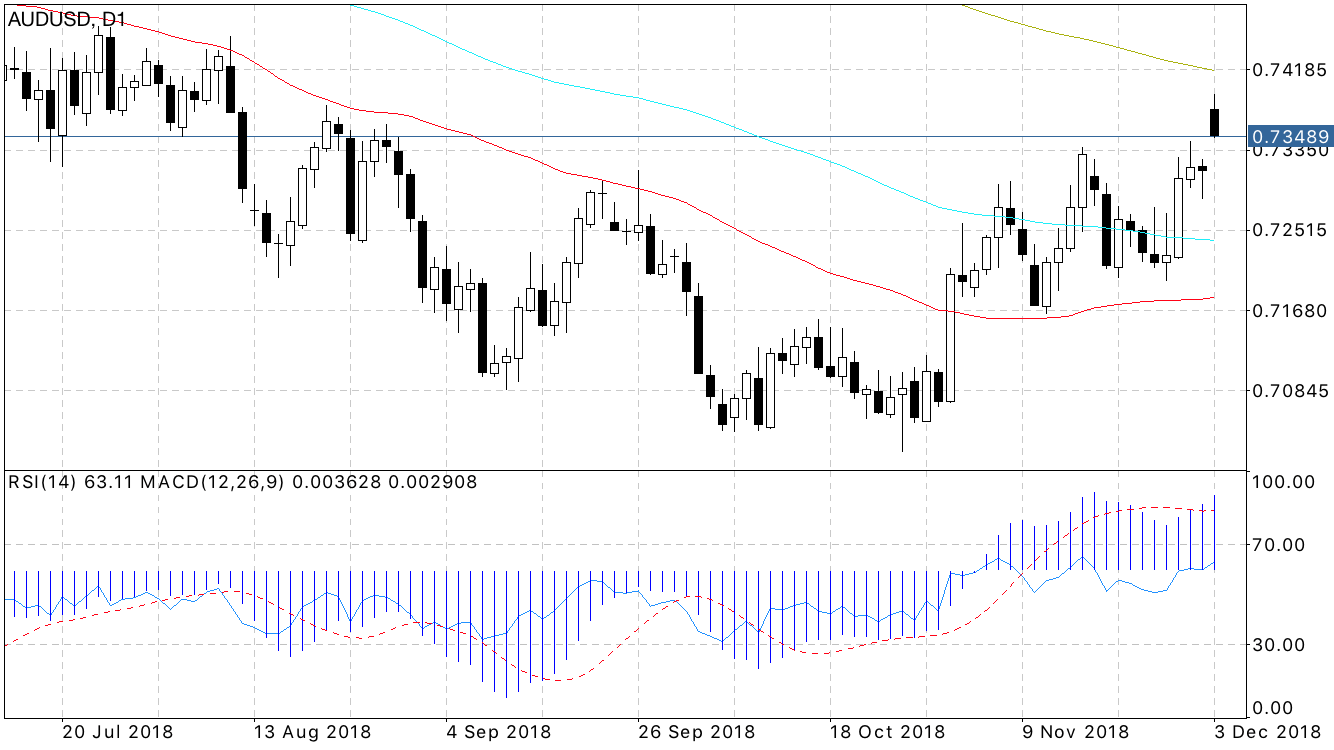 While the AUD performed well, the Kiwi Dollar did even by posting a 0.6% rise for the day against the greenback. The NZDUSD rate is currently sitting just shy of the psychological US$0.70 handle at 0.6920, with the weaker USD and a rise in commodities boosting the appeal of the New Zealand Dollar.

The Euro made some advances against the Dollar, but not with any great conviction. After an unsuccessful run towards resistance at 1.1390 earlier in the day, the EURUSD pulled back to 1.1340, which represents a 0.3% gain for the pair.  As the Hourly chart below illustrates, the EURUSD pair is still trading below its 50, 100 and 200-day moving averages, while the momentum indicators are not currently showing much to write home about either at this stage. On the low side, support levels come into play at 1.1310 and 1.1262, while on the high side resistance stands at 1.1395 and 1.1430. 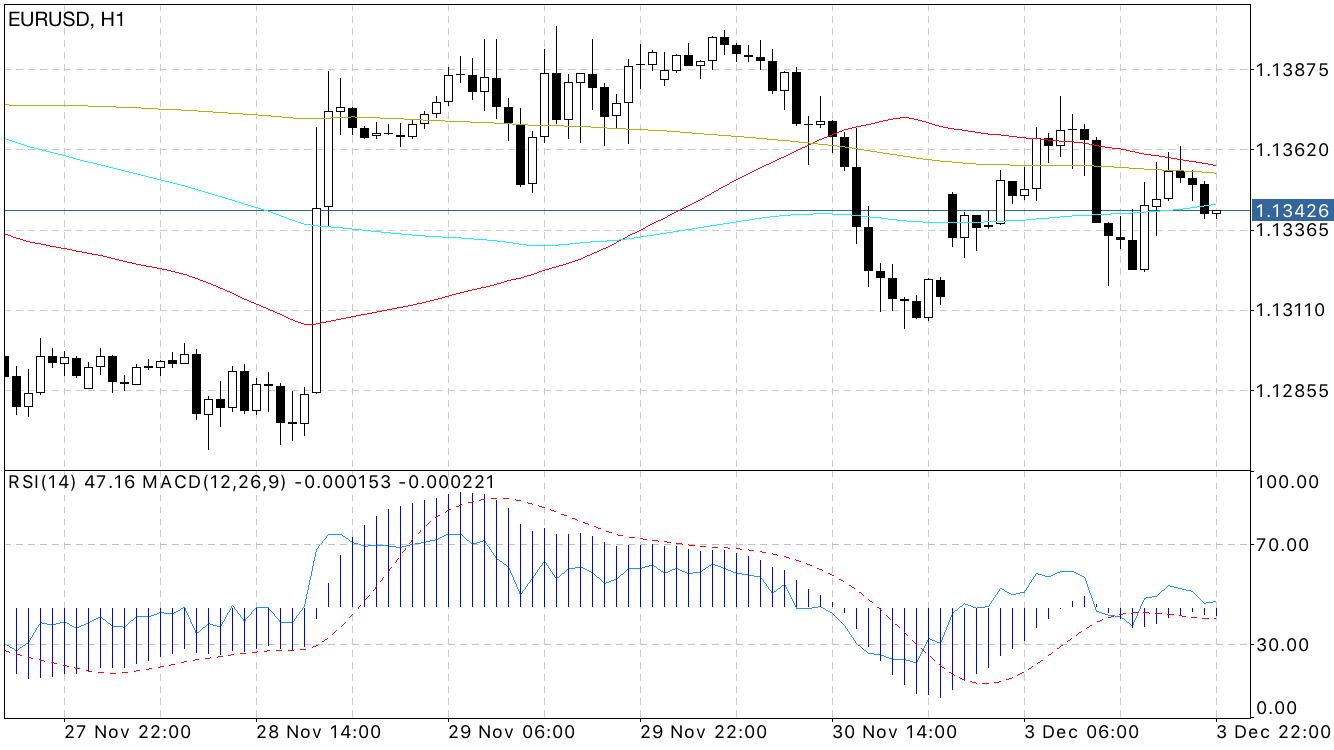 The Euro performed better against the Yen however, with the move higher in equities and boosted mood across the market reducing the Japanese currency’s appeal for the time being at least. EURJPY gained just under 0.5% to 128.96.

The British Pound had a brief slip below the 1.27 level against the Dollar during intraday trading before recovering to the mid 1.2720’s heading into the end of the US session. But while medium-level support at 1.2690 may have held for now, a test of the next line of support towards the yearly lows at 1.2660 remains possible with GBPUSD still trading well under its key moving averages while momentum remains muted (see 5-minute intraday chart below). Even with the recovery off from its session lows, the Brexit uncertainty ahead of further UK parliamentary debate on the topic meant that Sterling was unable to capitalise on the overall weaker-USD theme today. 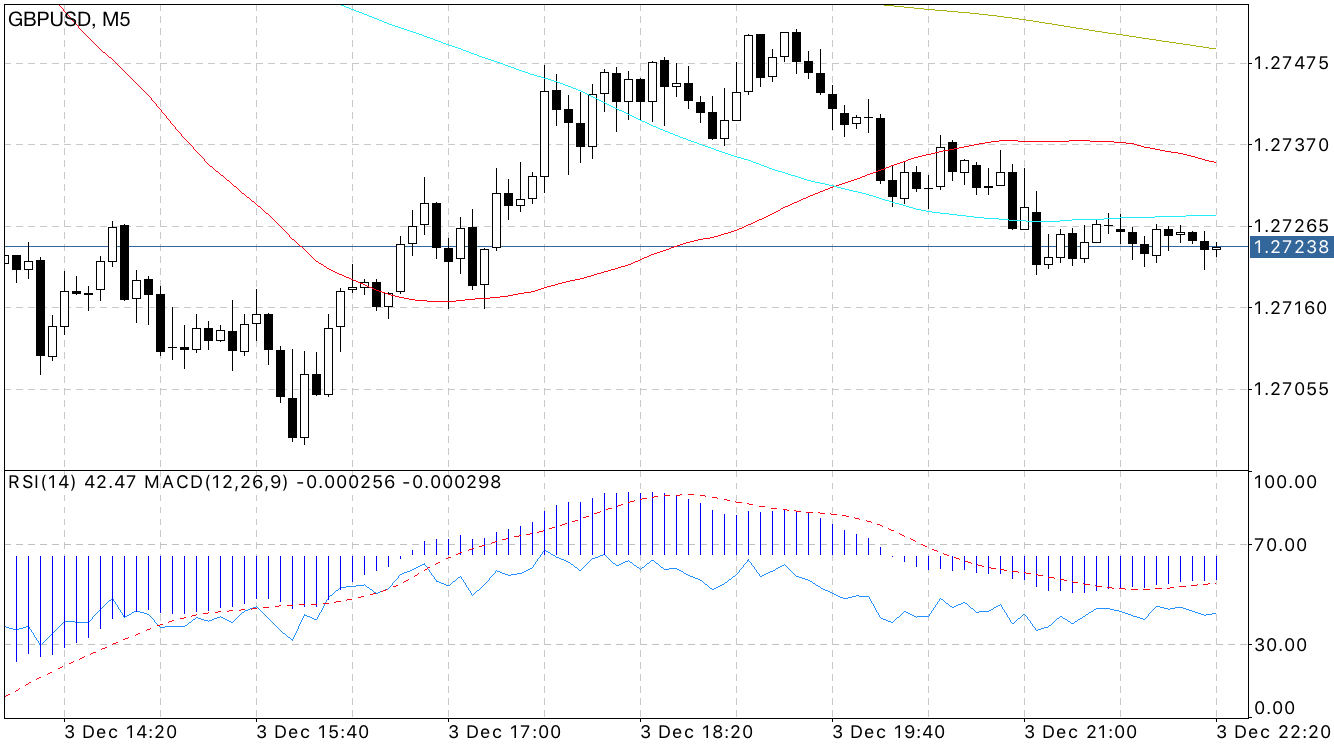