More Downside Possible for the EUR/USD

On Thursday, the European Commission cut its forecast for 2019 eurozone growth to 1.3% in 2019, compared with the 1.9% expected in November. This is attributed to the weaker forecast of industrial and manufacturing data for the euro zone’s biggest economy Germany. 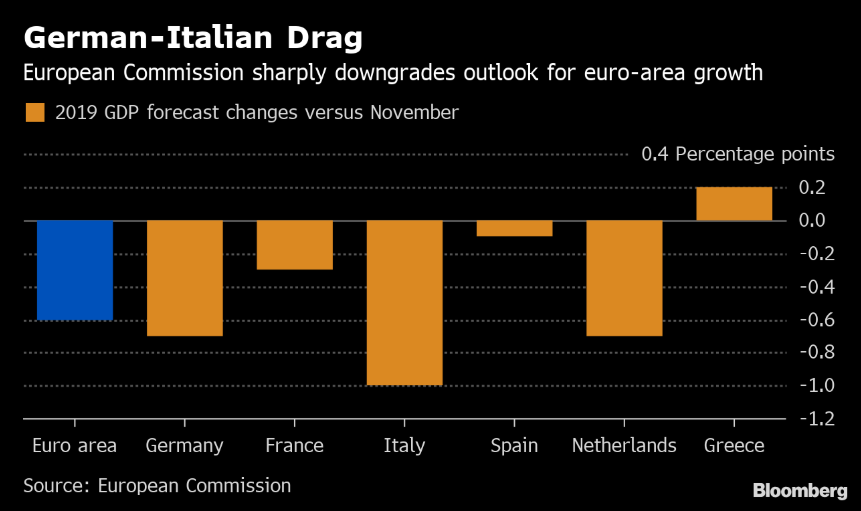 According to the European Commission report, Italy’s GDP will only grow by 0.2% in 2019. Italy is the eurozone’s third-largest economy, but the health of Italy’s financial situation is a big concern. Italian officials have also proposed a budget that breached EU budget guidelines late last year, proposing a 2.4% deficit. This further adds to the concerns about Italy’s debt levels.

Employment data from Spain last week exercabated the worsening Euro zone economy. Then, the number of unemployed people in Spain increased by 83,464 in January to almost 3.3 million, the largest monthly rise in five years according to government figures.

German yields rebounded after dropping below 0.1% last week, but the low level of yields is not expected to provide any upside to the EUR/USD. The expected US tariffs on European car imports will also further weaken the currency. The possibility of EUR/USD reaching 1.10 is a highly likely scenario under current weak conditions.

The UK Brexit uncertainty is also causing an impact on Europe’s economy. Although the BOE left interest rates unchanged last week, it however, cuts its forecast for 2019 GDP to only 1.2%.

Traders are advised to be watchful of this week’s news that will have an impact on EUR/USD. These are mainly the ones concerning GDP growth for Germany and other unplanned news that may be released. In addition, US data on CPI, PPI and Retail sales are also expected to have an influence over the direction of EUR/USD. 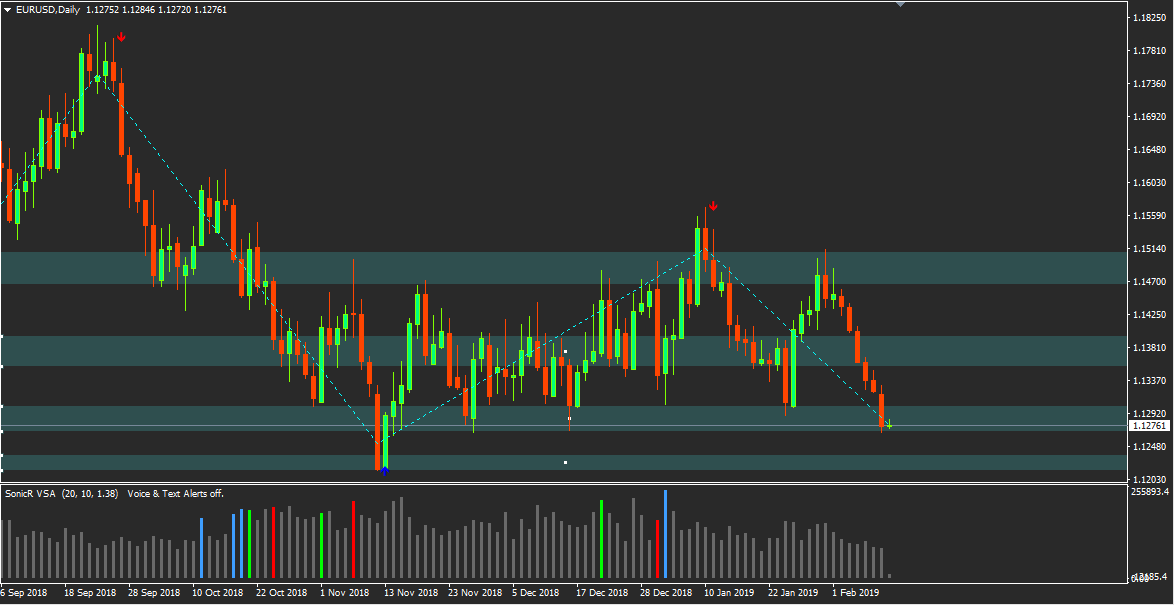 We will need to watch closely upcoming news events this week as they could have a major impact on the direction of EUR/USD. Any further negative news might add to the current bearishness of EUR/USD.