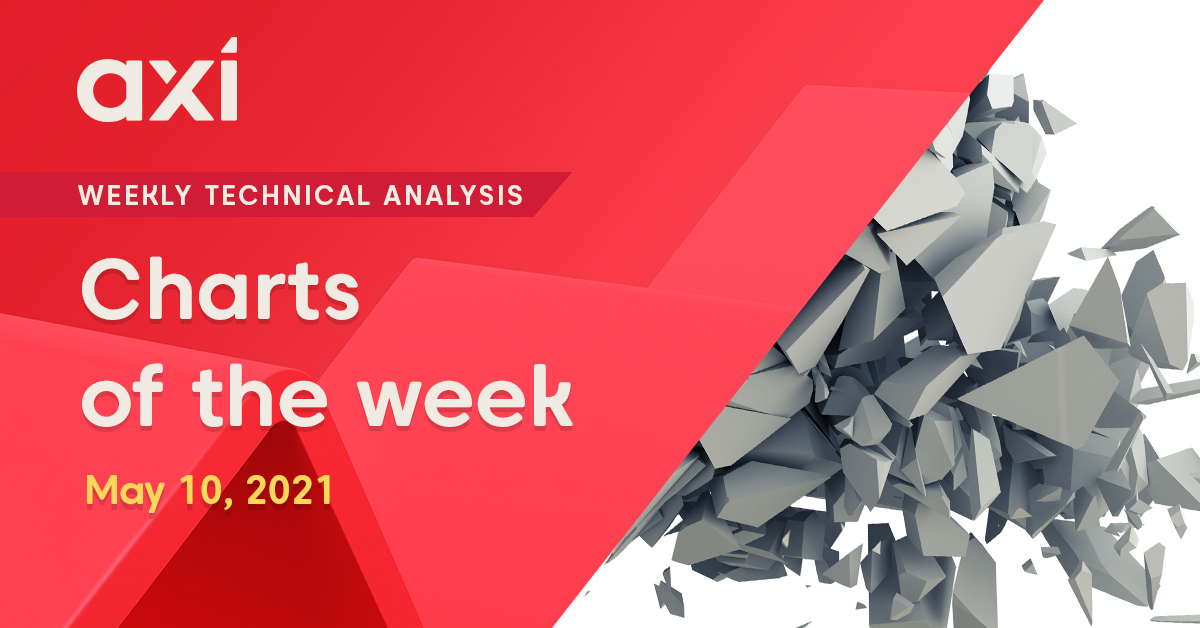 The US Dollar came under renewed pressure on Friday, following a weaker than expected NFP print, which arrived at 266k vs. 978k expected. With US jobs figures falling far short of expectations, investors see the chances of an early rate hike by the Federal Reserve declining. The central bank reiterated its dovish stance at the last meeting, and recent data reaffirmed investors that it will keep its ultra-loose monetary policy intact for a longer period.

Gold extended gains on Friday, with XAU/USD reaching $1843 – its highest level since February. The 200 DMA around $1857 remains the next major obstacle for Gold bulls, and a test appears likely in the short-term. Should XAU/USD overcome this hurdle, an extension of the rally towards $1900 could follow. This is not only a major psychological resistance level, but also the 78.6 % Fibonacci level of the December-February decline.

With commodity prices soaring and the US Dollar resuming its downtrend, risk-on currencies are set to rise further. While Oil has been in the spotlight in recent weeks, it is now agricultural commodities and Copper that are stealing the show with their parabolic rise. Global commodity prices are likely to stay at elevated levels for the remainder of the year, with the strength of the global economic recovery keeping them bid.

AUD/USD cleared a key resistance level at 0.7820 and is consolidating around 0.7850 as we enter the new trading week. A daily close above this level would be another victory for AUD bulls and pave the way for an extension of the rally towards at least 0.80. To the downside, imminent support is seen at 0.7815/20, followed by 0.7760/70.

While USD/CAD is still looking heavily oversold, the currency pair is struggling to catch a bid and the short-term outlook just took a turn for the worse with the Dollar under pressure and Oil prices extending gains. The currency pair is already trading at the lowest level since September 2017, and the next notable support level lies at 1.2060, followed by the psychological support level at 1.20.

We could see USD/CAD recovering slightly amid the extremely oversold conditions – in addition to the bullish RSI divergence on the hourly chart. However, the currency pair is likely to run into strong resistance ahead of the 1.22 level and the topside could be capped at 1.2250 latest.

Equity markets are likely to recover this week. The weak US jobs numbers are taking some pressure of the Federal Reserve, and while inflation fears will continue to linger around, investors can relax for a bit. Technology stocks were especially hit hard in last week´s sell-off, but they could stage a comeback in the coming days with markets back in risk-on mode.

The USTECH is consolidating around the 50% Fibonacci level of the recent sell-off. A daily close above this level could signal a continuation of the recovery rally towards the record high at 14,070 points. USTECH has created a potential double bottom pattern 13,390 point, raising hopes that the recent retracement was just a temporary setback and not the beginning of a deeper correction.

The German index has staged a strong recovery too; GER30 easily climbed back above the key 15,080 resistance level and with Friday´s breakout above 15,366 points another obstacle was cleared. There seems to be little in the way of a test of the record high at 15,523 points.

Charts Of The Day: The stalled oil rally

Today’s key charts focus on oil, where the recent rally has stalled amidst talk of a lift in sanctions and speculation of a production boost.

Charts Of The Day: A boost for stocks