The Australian Bureau of Statistics has released the March 2019 unemployment figures, which came in 0.1% higher, bouncing from an 8-year low.

According to the data, the rise comes as a result of more people looking for work, which is positive for the overall health of the economy. Full-time work increased by 48,300, while 22,600 part-time jobs were lost.

Unemployment increased by 17,100 to 680,000 persons but analysts see a positive trend in the number of full-time jobs created.

Bjorn Jarvis, ABS Labour Statistics Program Manager, had this to say, "In trend terms, we've now seen the unemployment rate at 5.0 per cent for five months and the participation rate holding steady at 65.6 per cent."

In the recent RBA minutes, the focus was on both the unemployment level and inflation, citing that if inflation stayed low and unemployment trended higher, it could open the door to a rate cut in the future.

Both the Australian dollar and Aussie 200 index both moved higher on the initial print but have since given back those gains.

Key technical levels to watch on the Australian dollar

You can see from the longer-term daily chart below; the Australian dollar has been struggling since it hit 0.8135 back on the 26th of January, 2018.

What has been interesting has been the recent consolidation pattern you can see below, highlighted in yellow. 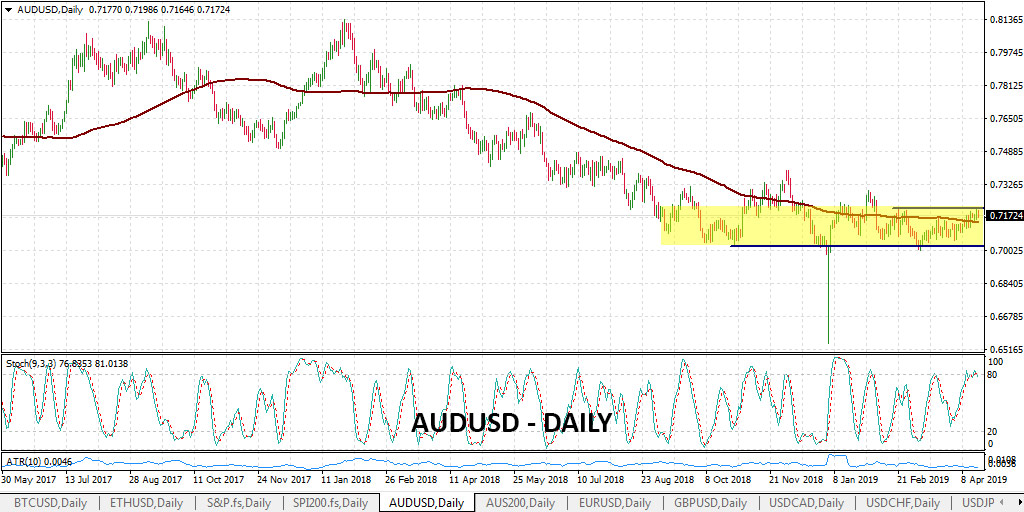 Apart from a one-day mini flash-crash on the 3rd of January this year, the Aussie battler has remained firm above the 70cent mark, but unable to break short-term highs as well.

Many traders often consider a consolidation like this, following a long downtrend, a basing pattern.

As the saying goes, ‘The trend is your friend until it bends at the end.’ As such, a basing pattern is a key criteria traders look for to gauge the likelihood of a change in direction.

If we take a closer look at the hourly chart, we can see the Aussie dollar has been bullish over the last couple of weeks leading up to today’s unemployment report. 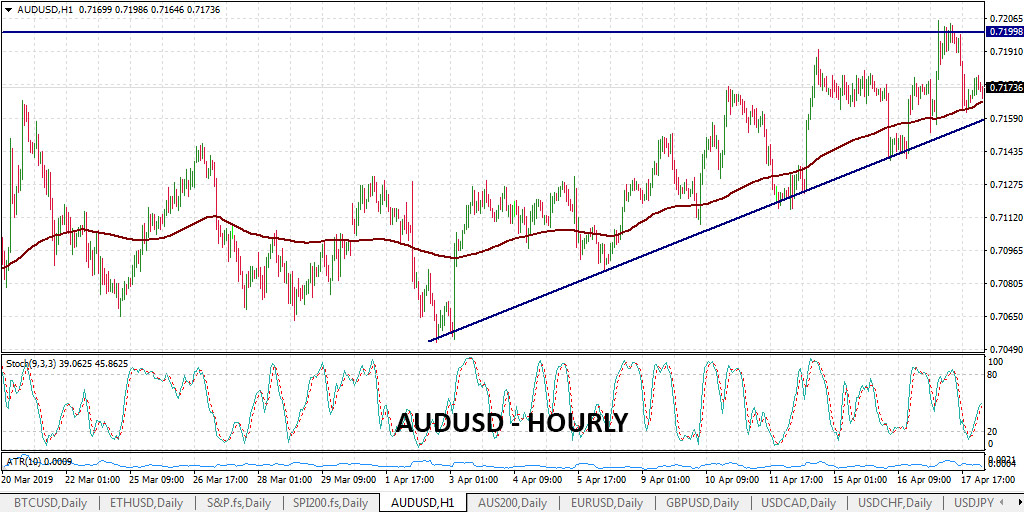 It would be remiss of us not to include the fact that the RBA had their April board meeting on Tuesday to discuss their case for keeping interest rates on hold or potentially lowering them.

As we have seen, both the Australian and other central banks around the world, have been dovish in their outlook, citing specific conditions which could trigger the need for a rate cut down the track.

Also, it would be fair to say the US dollar index has been tracking sideways to slightly lower over the last two weeks, giving the likes of the Aussie dollar a chance to move to the upper part of the trading range.

When we step in a little closer to the 5-minute chart below, you can see the initial reaction to the unemployment report was positive.

The market jumped as much as 32 pips higher before resistance proved too much and traders drove the price back to levels the Aussie started at.

With the unemployment rate coming inline with expectations, a low volatility range was par for the course. 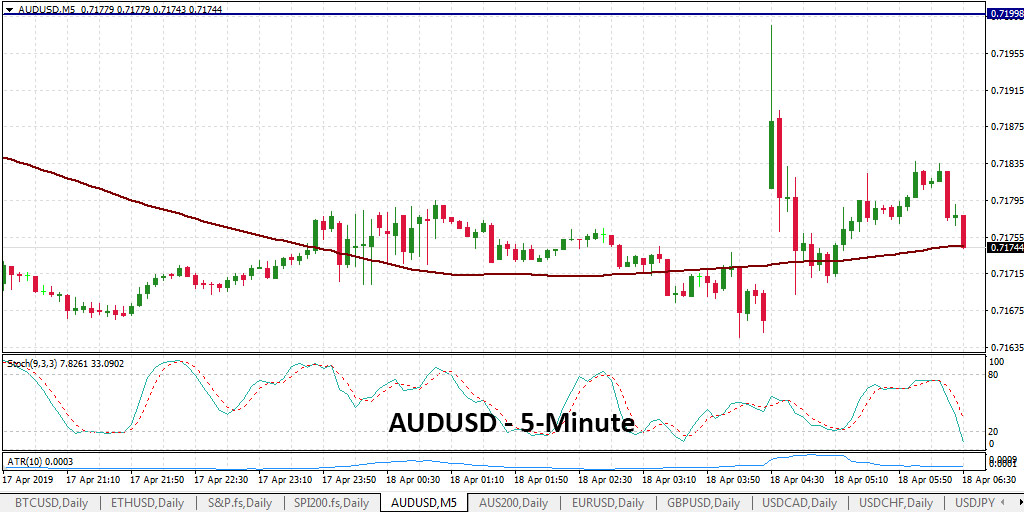