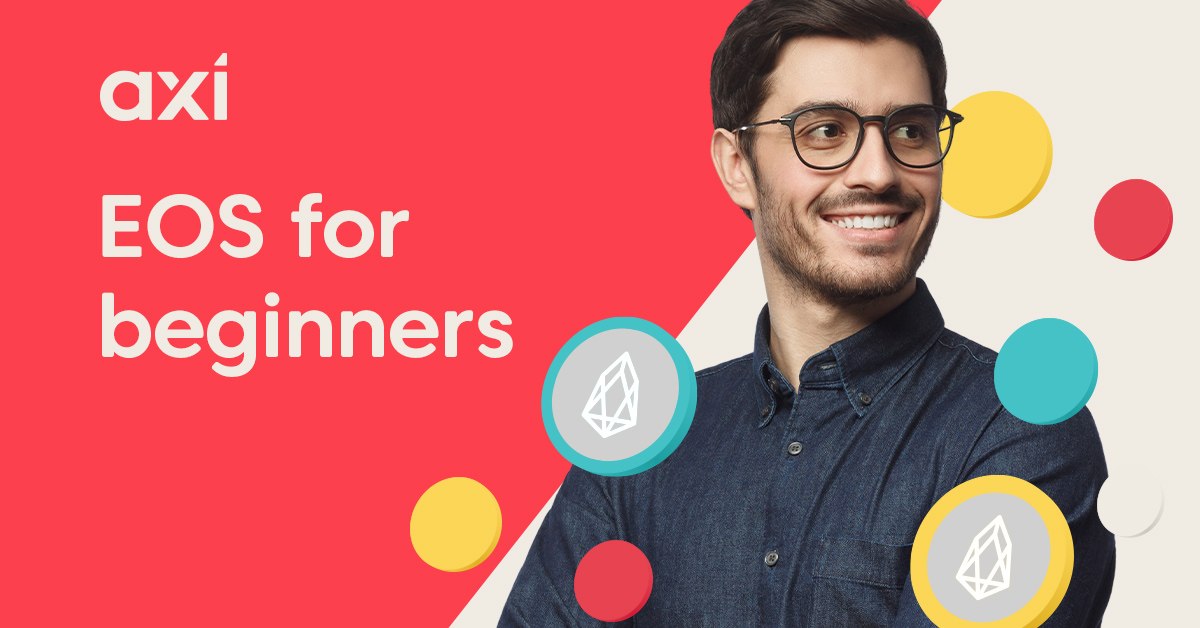 Read on to learn everything there is to know about EOS, from its multi-billion dollar token sale to how to trade and invest in cryptocurrency today.

What is EOS and how does it work?

EOSIO is a blockchain platform that enables developers to execute smart contracts and create decentralised applications (DApps). EOS is the name of the network’s native token.

The goal of EOS was to create a platform where developers could build decentralised applications (DApps) with common programming languages like C++. That means that developers can use the platform without learning a new language. That’s not the case with Ethereum, for example, which requires developers to learn Solidity.

Furthermore, the EOS blockchain offers scalability and zero transaction fees. That makes it a competitive alternative to market-leader Ethereum, where developers pay high gas fees to test and deploy applications.

In addition to using EOS to pay for transaction fees and to deploy DApps, EOS token holders have the right to vote for the representatives that validate transactions (block producers).

Why has EOS become popular in recent years?

EOS gained popularity after raising $4.1 billion via a year-long ICO that ran from 2017 to 2018. The ICO attracted investors like hedge fund moguls Alan Howard and Louis Bacon and PayPal co-founder Peter Thiel. The EOS ICO was the largest token sale in history.

Moreover, the project rose in popularity on the promise of becoming an Ethereum “killer”. However, while the EOS blockchain can deliver more transactions per second than Ethereum and has zero transaction fees, it has not (yet) gained anywhere near the transaction of its pioneering predecessor.

When was EOS created?

EOS was launched in 2018 by Block.one. David Larimer and Brendan Blumer established Block.one in 2017.

The project was funded through an ICO that lasted a year. Interestingly, the ICO was launched on the Ethereum blockchain in 2017 with the sale of an ERC20 token. The EOS token later migrated to its native blockchain once the EOSIO mainnet was launched in June 2018.

Larimer and Blumer are the minds behind EOS. They both authored the EOS whitepaper and held executive positions on Block.one. Blumer is still the company’s CEO while Larimer was the CTO until he left on December 31, 2020. Larimer has since returned to continue working on EOS.

Blumer is a serial entrepreneur and the co-founder of a digital-focused real estate company called Okay.com. Larimer is a software engineer who launched the Steem blockchain and Bitshares, two innovative crypto projects at the time.

How does EOS mining work?

EOS uses a delegated Proof-of-Stake (DPoS) consensus mechanism, a concept that Larimer created. DPoS is a system that allows token holders to participate in the election of block producers.

The price of EOS has mostly hovered between $2 and $10 since its launch. Let’s take a look at some of the token’s most significant price movements.

December 2020: EOS dropped by about 15% over 24 hours to a low of $2.93 after Larimer announced his departure. The price later recovered to around $3.

May 12, 2021: The EOS price hit $14.88 after Block.one announced plans to establish a blockchain-based cryptocurrency exchange, called Bullish. This is the second-highest price that the coin has reached to date.

What is the market capitalisation of EOS?

EOS has a market capitalisation of $2.3 billion as of February 2, 2022, ranking it the 48th largest cryptocurrency by total market value.

Where can I view EOS transactions?

Investors can visit any of these sites to view EOS transactions. Transactions can be searched by the transaction ID.

Now, let’s take a look at how to buy, trade, and invest in EOS.

How to trade EOS

Investors can trade EOS on any crypto exchange where the token is listed or on an online trading platform, like Axi, that offers cryptocurrency CFD trading. An EOS CFD (contract for difference) enables traders to speculate on the price of EOS. A broker and investor enter into a contract agreeing to pay the other party “the difference in the value of an asset between the opening and closing of a trade.”

Once the above steps have been done, create an account with a preferred exchange, deposit funds, and start trading. Don’t forget to regularly monitor the trades and review the strategy.

How to invest in EOS

Investing in EOS means adding this digital asset to your investment portfolio. Traders can buy EOS tokens on a reputable cryptocurrency exchange and then transfer them into a personal cryptocurrency wallet for safekeeping.

How to buy EOS

Traders can buy EOS from any crypto exchange that has listed the crypto asset. What need to do is:

How to store EOS

Storing EOS safely is important for every investor. If traders prefer storing EOS for the long term, consider acquiring a cold wallet maybe be a suitable option like Ledger Nano X. For the short term, hot wallet might be a good choice, such as a mobile or web wallet.

Discover the advantages and disadvantages of the EOS blockchain platform below:

What price is EOS expected to reach?

While numerous online trading blogs predict that the price of EOS will rally this and next year, the reality is that it’s incredibly difficult to predict how a cryptocurrency will perform in the short and medium-term. Making a long-term price prediction for a crypto asset like EOS is even more difficult.

The success or failure of EOS will depend on whether the EOS community can manage to attract developers and businesses to start building products and services on the chain.

Since EOS is in fierce competition with other smart contract-enabled blockchains, it won’t be easy for EOS to reach past its previous all-time high. Unless, of course, the crypto market experiences another incredible bull market like it did in 2017 and 2021.

We hope that this beginner’s guide will help traders on the journey to buying, owning, and trading EOS. To start trading EOS CFDs with Axi today, click here.