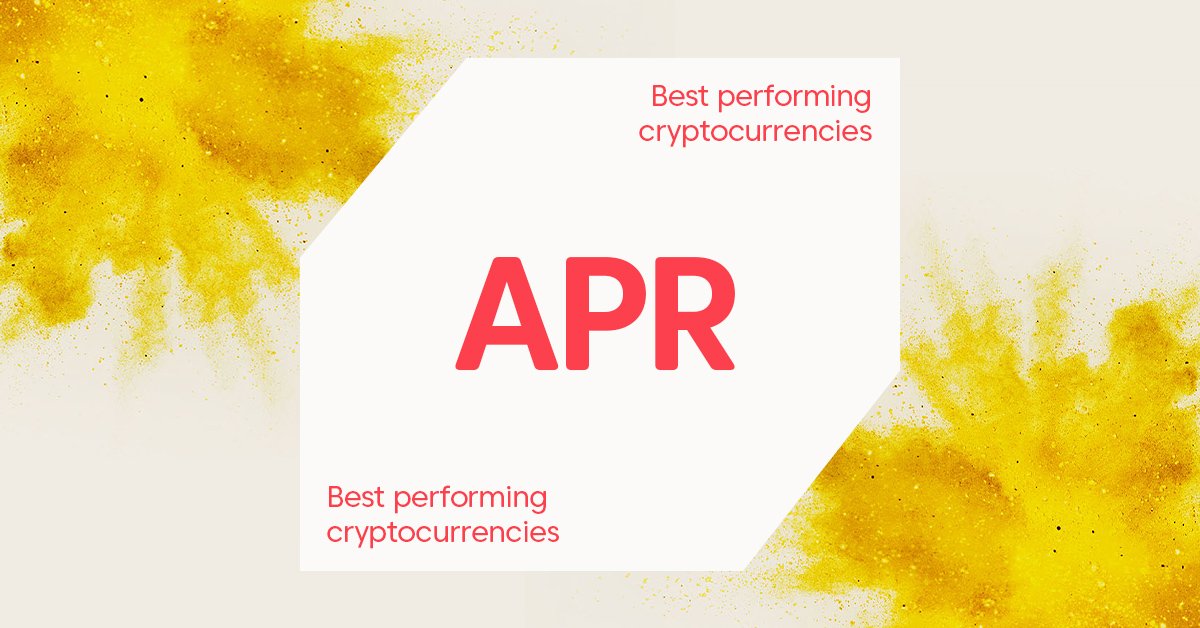 Although the crypto market was on a bearish trend in April, a handful of crypto assets have outperformed the market, generating solid returns for token holders.

With inflation numbers increasing across the world in 2022, crypto enthusiasts and investors alike have continued to find investment opportunities in their favourite digital coins and assets to find their own way around inflation.

Keep reading to discover the best-performing crypto assets in April.

Below, you will find a list of the ten best performing cryptocurrencies in April. 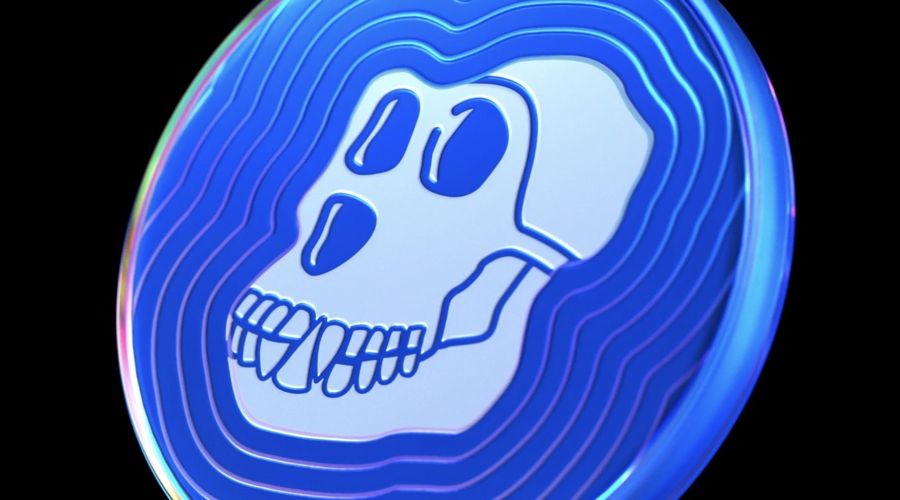 ApeCoin is the governance and utility token empowering the burgeoning APE ecosystem. After skyrocketing on the first day of its launch in March, the price of ApeCoin corrected in the first few weeks of April. However, in the last two weeks of the month, ApeCoin rallied again to generate impressive month-on-month returns for investors.

One of the major factors that drove the rally is the announcement of The Otherside land auction by Yuga Labs. Participants make land purchases using the APE token, which helped to drive demand for the token as many accumulated it in preparation for the auction.

Ongoing governance votes in the APE ecosystem also influenced more demand for APE as the ApeCoin community is showing interest in the future plans for the ecosystem.

ApeCoin is currently the 23rd largest cryptocurrency by market capitalisation.

STEPN is a web3 lifestyle project that incentivises users to live healthy through a model known as move-to-earn. By combining an aspect of the tokenomics of play-to-earn and a fitness app, STEPN enables users to earn while walking, running, or jogging.

STEPN's governance token, GMT, has skyrocketed over 34,000% since its launch, setting and breaking new all-time highs in the process.

GMT's massive price increase has been driven by the success of the STEPN platform, which reported Q1 earnings of $26.81 million from "royalty fees" and the sale of its "NFT Sneakers". Purchasing the NFT sneakers enables you to play STEPN, and, in turn, earn rewards in new tokens.

The listing of GMT trading pairs across major exchanges like Binance, FTX, OKX, and Coinbase also contributed significantly to its price momentum. Additionally, STEPN partnered with the popular sports brand, ASICS, to launch a new NFT sneaker sale on the Binance Smart Chain version of the game, sending GMT past $2 billion in market capitalisation.

Kyber Network is a decentralised liquidity aggregator that enables decentralised applications easy access to liquidity pools. In a year that has looked bearish so far for the entire crypto market, KNC has shown impressive price movement as it ran to a new all-time high in April. KNC's bull run in the month comes off several integrations and partnerships.

Kyber Network also partnered with Avalanche for the Avalanche Rush Phase 2 liquidity mining program, which kicked off on March 21st with over $1 million in rewards for liquidity providers. Additional integration and partnership with Uniswap v3, Bondex network, and the NFT game Legacy also contributed to KNC's rise.

Nexo is a regulated digital assets platform offering users instant crypto-backed loans and daily earnings on their assets. The lending platform's token, NEXO, started the month on a bullish note before later giving in to the bears. However, following its listing on Binance, NEXO went up about 50% to end the month with a green candle.

An additional announcement that Nexo is working with Mastercard to launch a crypto-backed payment card that allows users to spend without selling their digital assets also influenced the price of NEXO.

NEXO is currently the 64th largest cryptocurrency by market capitalisation.

XDC Network is an enterprise-grade, EVM-compatible, and delegated proof-of-stake hybrid blockchain that allows interoperable smart contracts and public and private states. XDC entered the month on a bearish trend, losing most of its value in the first week. While the general bearish market had its toll on XDC, the coin managed to break out from the trend as it surged in the last week of the month.

Some of the factors that drove the price of XDC in the month include a partnership with DIMO and WanChain. This partnership will see WanChain's interoperability being integrated into the XDC Network, allowing for the bridging of XDC tokens to multiple blockchains including Polygon, Avalanche, Binance Smart Chain (BSC), and Wanchain.

The partnership will also allow the transfer of other cryptocurrencies like BTC, ETH, and WAN to the XDC Network. In essence, the XDC token will be available for use in a broad range of DApps, blockchains, and DeFi platforms.

XDC is currently the 88th largest coin by market capitalisation.

KAVA is a layer-1 blockchain network that leverages a co-chain architecture to bring the development power of Ethereum and the interoperability, scalability, and low cost of Cosmos into a single platform.

KAVA entered the month maintaining its bullish momentum of March. The price of KAVA moved further north despote the struggles of the crypto market.

The factors that contributed largely to KAVA's price movement in the month include the successful completion of the Ethereum co-chain alpha phase, the announcement of the Mainnet launch on May 10th, and a $750 million developer incentive program to help onboard DApps developers into its network. Several partnerships and protocol launches also spurred the price rise, thanks to projects like Ruby Protocol, ForTube, OpenBiSea, DexPad, and WePiggy.

KAVA is the 84th largest cryptocurrency by market capitalisation.

Frax Finance is the first fractional-algorithmic stablecoin backed by a fraction of collateral and stabilised by an algorithm. Its governance token, Frax Share (FXS) jumped over 80% from the last week of March into April.

Additionally, Frax Finance also rolled out plans to launch an algorithmic inflation-anchored stablecoin, FPI, in the coming months. The price of FXS later slipped following the bearish trend of the market.

Monero is a privacy coin that enables users to transfer value without revealing sender/recipient addresses and the details of their transactions. Privacy coins have seen increased interest lately following regulations targeted at the crypto space.

Monero surged to its highest price since the beginning of the year, defiling the current bear trend of the market.

Monero's increase in the month comes off the announcement of its network upgrade that will be implemented on July 16. The upgrade will see key aspects of Monero being improved upon like network security, privacy, resilience, and overall performance.

The price of Monero later plummeted back to previous lows, ending the month on a bearish trend. Monero ranks #32 among the largest cryptocurrencies by market capitalisation.

0x is a protocol that allows users to trade tokens and other assets on the Ethereum blockchain in a decentralised manner. The token of the exchange rallied in the last few days of the month to a record gain as the project developer behind it, called 0x Labs, announced it raised $70 million in a Series B round led by Greylock VC to build and expand its Web3’s core exchange infrastructure.

MXC is an ERC-20 utility token built with a vision of connecting the real world and the Metaverse. MXC combines IoT technologies and blockchain technology in building a global data network enabling future devices to connect, commit and communicate more efficiently using LPWAN (Low Power Wide Access Network) technology. The MXC token can also be staked to run Supernodesand used for governance votes to determine how the network resources are allocated. MXC was able to temporarily break out from the bearish market trend by rising over 5% in the month.

MXC ranks as the 158th largest cryptocurrency by market capitalisation.

*Market capitalisation and price percentage as of April. 30th, 2022.


Which cryptocurrency is best to invest in 2022?

The best cryptocurrency to invest in is ultimately up to the trader and their risk appetite. There are many different options to choose from in the current market. Some investors prefer to focus on well-established currencies like Bitcoin and Ethereum, while others may be more interested in newer currencies with a lot of potential for growth in the years to come.


Why are there so many cryptocurrencies?

One of the reasons there are so many cryptocurrencies is because the crypto market has become a lot more mainstream in the past 5 years and acceptance of cryptocurrency is at an all time high.

It seems like every few months, another new cryptocurrency hits the market. With so many different options to choose from, it can be hard to understand what makes one digital currency unique from another. Some of these new coins are promising and innovative, while others seem to be little more than a thinly-veiled attempt at scamming unsuspecting investors. Conducting your own due diligence on cryptocurrency is crucial for all investors.


What cryptocurrencies can be traded with Axi?

With Axi, you can trade 11 cryptos as cryptocurrency CFDs, allowing you to speculate on whether to price will rise or fall. Some of the most popular include Bitcoin, Ethereum, Cardano and Dogecoin.

Keep up to date on the monthly trends of cryptocurrencies with Axi and start trading crypto CFDs today!